The merge of Turkey's pro-Kurdish parties 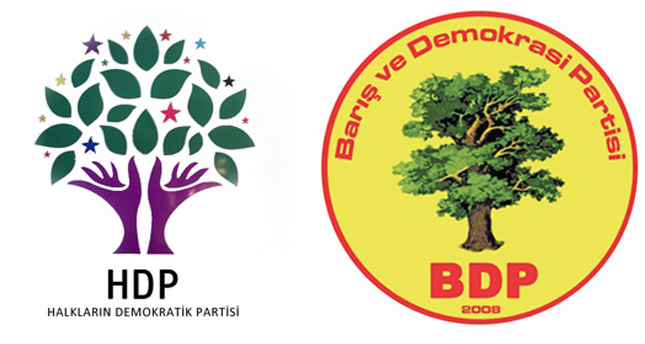 HDP co-chairman Ertugrul Kurkcu told Anadolu Agency on Friday: "We've decided deputies to be represented under HDP group in the parliament by transferring the BDP deputies to the HDP."

"We will make a decision separately ... but it will not be too late."

After a meeting between deputies of both pro-Kurdish parties Kurkcu said: "We plan to act jointly under the roof of HDP party in the parliament, during the presidential elections. The transfer of BDP deputies will be completed as soon as possible."

Peace and Democracy Party (BDP) Chairman Selahattin Demirtas and BDP deputy Sirri Sakik will initially not be transferred to the HDP, but will become HDP members after an upcoming BDP congress.

HDP was formed in 2012 as an umbrella party encompassing BDP and some leftist parties after the imprisoned leader of the terrorist organization Kurdistan Workers' Party Abdullah Ocalan suggested the idea.