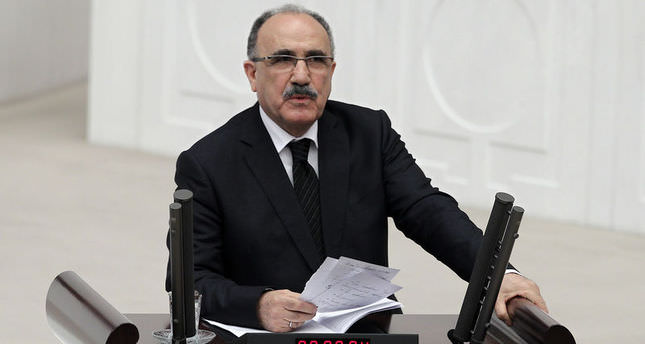 Seeking to calm concerns about the recently passed National Intelligence Organization (MİT) law, Deputy Prime Minister Beşir Atalay yesterday said the agency, which had a very opaque structure before, would follow the letter of the law

ISTANBUL — Deputy Prime Minister Beşir Atalay commented on the recently passed National Intelligence Organization (MİT) bill, which seeks to expand the reach and authority of the organization following the black propaganda and smear campaigns against the MİT carried out by the Gülen Movement, which infiltrated key governmental bodies.

Raids on MİT trucks en route to Syria with humanitarian aid supplies in January were among the main motives for strengthening the Turkish intelligence agency. The bill gives MİT the authority to conduct operations in the fields of foreign security, counterterrorism, national security and cybersecurity, and perform wiretaps of international and payphone calls. It also introduces a jail term of up to nine years for the publication of classified MİT documents if they are leaked to media outlets. In addition, the bill paves the way for the MİT to reach out to terrorist organizations that threaten Turkey's security. "The MİT was not a transparent institution before the bill. Even Parliament was not informed about its activities.

During the discussions on the recently passed bill, the MİT's structure and activities were put on the table," Atalay said, adding that the MİT has gained full legitimacy through being placed within the boundaries of the law. "A new commission was established in the Parliament under the title the Security and Intelligence Commission. This commission is authorized to control and inspect the MİT. This is a milestone in Turkish history. The opposition, instead of admiring this improvement, claims that the government puts the MİT under its full control," Atalay added.

He criticized the opposition and Gülen Movement's stance on the meetings between the MİT and PKK to find a solution for the problems and strengthen the reconciliation process. "I give instructions to the MİT. A prosecutor sues MİT members for meeting with terrorists.
How can the MİT work unless its officials meet the illegal organizations' members?

The responsibility belongs to the government, namely the national will, not the MİT members. No prosecutor will be able to investigate any MİT member without the prime minister's allowance, according to the new bill," Atalay stated.

He also criticized the Peace and Democracy Party (BDP) and claimed that it wanted to escalate tensions in the southeast. "For the first time in Turkish history, people living in the east and southeast experienced a peaceful election process. Despite the BDP's attempts, no problems occurred during the elections," Atalay concluded.