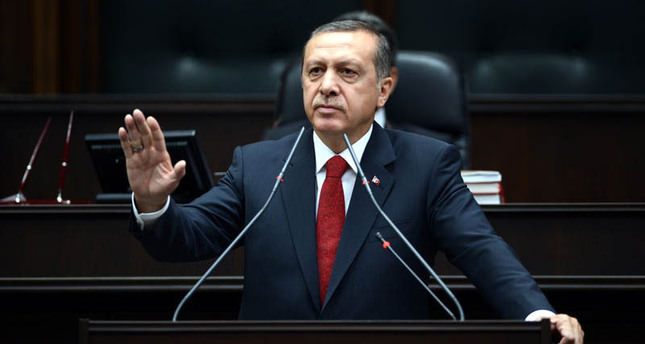 by AA
Apr 22, 2014 12:00 am
ANKARA — Turkey's Prime Minister Recep Tayyip Erdoğan has said the government will not let August's presidential elections bring about uncertainty for Turkey.

Speaking at his Justice and Development Party group meeting in parliament on Tuesday, Erdoğan said: "Those who expect economic and political uncertainties in Turkey during and after the presidential elections will be disappointed.

"Our party is after the goals of 2023, which are appreciated and affirmed by the Turkish people and we will accomplish these goals," he said, referring to economic and political reforms designed to make Turkey one of the 10 most developed economies in the world by its hundredth foundation anniversary.

Erdoğan added that the candidate-determining process within the party had been ongoing and he had also been consulting President Abdullah Gül.

Stating that the government would not allow unions to hold demonstrations and rallies in Istanbul's Taksim Square, Erdoğan said that the Istanbul governorate had allocated the two main squares in the city for May 1 rallies.