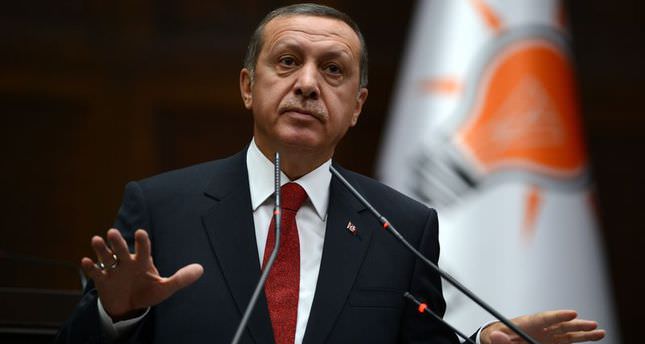 Even though the field of candidates is not yet clear, widespread public support at the March 30 local elections and opinion surveys suggests that the candidate supported by the ruling Justice and Development Party (AK Party) is likely to win the presidential election, possibly in the first round to avoid a runoff.

Prime Minister Recep Tayyip Erdoğan is seen as a possible candidate by AK Party members despite the fact that he has not officially announced his intention to run. In order to take the pulse of voters, Erdoğan convened some 1,100 party delegates at the AK Party's headquarters in Ankara. In the four-and-half-hour meeting the delegates overwhelmingly supported Erdoğan's potential candidacy.

According to sources from the AK Party, some of the delegates suggested Erdoğan should remain as prime minister for the sake of the party's success in upcoming parliamentary elections. Erdoğan previously signaled during a public address that he may run for the country's top office and assured delegates that there are many skilled politicians in the party.

In response to questions regarding who will be Erdoğan's successor as party chairman should he run in August, Erdoğan said, "One of the members of the central executive committee will be [interim] chairman and lead the party congress in 45 days. The congress will elect the next [permanent] chairman."

Erdoğan has also ruled out any crisis between him and the president and underlined that any issues between them will be resolved without causing chaos in Turkey.

"Those who expect economic and political uncertainties in Turkey during and after the presidential elections will be disappointed. I will also come together with my party's central executive and administration board members to debate over which nominee to support in the elections," he added.

Regarding this issue, Gül stated earlier that discussions among top political leaders in Turkey on the presidential election should be expected. "Such discussions happen to be in places where pluralism exists. What is important is that these discussions should take place and respect the acknowledged rules of elections. The rules for upcoming presidential elections are explicit. There should not be any sort of risk of unpredictability for Turkey," Gül remarked on Thursday.

Erdoğan will gather with AK Party deputies at a retreat in Afyon on May 9 to discuss the presidential election. Following that gathering, the AK Party central executive committee will convene, after which the AK Party will announce which candidate it will back.