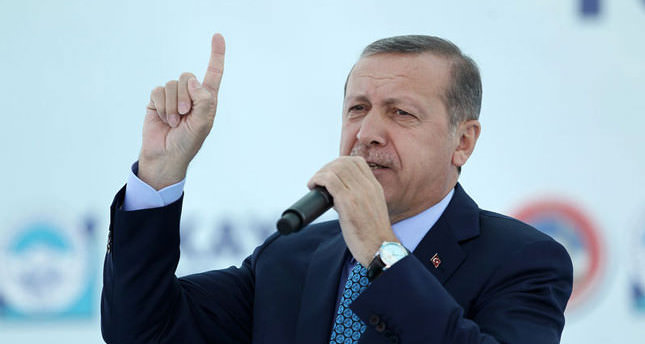 Even though the field of candidates is not yet clear, widespread public support during the March 30 local elections and opinion surveys suggest the candidate supported by the AK Party is likely to win the presidential election, possibly in the first round to avoid a runoff. Prime Minister Recep Tayyip Erdogan is seen as a possible candidate by AK Party members, despite the fact he has not officially announced his intention to run. In order to take the pulse of voters, Erdogan convened some 1,100 party delegates at the AK Party's headquarters in Ankara.

Erdogan asked whom to nominate in the presidential bid and whether or not to abolish the three-period rule preventing AK Party members from serving more than three periods. Fifty delegates out of 60 supported Erdogan's presidency and said Erdogan must not hesitate to run.

The second message of the delegates was not to change the three-period rule. Yet some of the delegates said the rule may not be applied to Erdogan if he wants maintain his prime ministry. Erdogan repeated that he is against the abolishment of the rule. Erdogan added that in case of his presidency, the party will neither be abolished nor lose its power. He said, "There will be no disaster after I leave my post."
The proposed first-past-the-post electoral system also headlined the meeting.

Similar to the system used in the United Kingdom, under a narrowing of the district electoral system, Turkey will be divided into 550 electoral districts and deputies will be elected through a majority vote. According to sources, delegates supported the proposed electoral system and agreed the AK Party will gain more deputies.