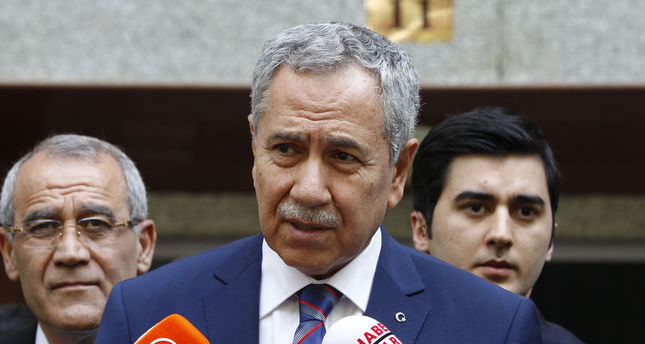 by Daily Sabah May 01, 2014 12:00 am
ISTANBUL — The Turkish government submitted a draft law to Parliament last month in order to recognize news websites as news outlets and online editors as journalists, paving the way for more rights and responsibilities for Internet media. The move came following recent concerns regarding the state of online media in Turkey. The government has been accused of neglecting the rights of online journalists for years.Online media groups welcomed the draft. Adnan Erdoğan, chairman of the Online Media Association based in Istanbul, said the step was a positive but late one. "We have been working to have Parliament pass such a law for years." The draft, which was signed by Prime Minister Recep Tayyip Erdoğan and his cabinet, proposes amendments to current legislation on press laws to make it possible for online editors and owners of news websites to receive press cards. Press cards are distributed by a directorate under the Prime Minister's Office and are important as the government and state agencies only recognize journalists who hold the popularly labeled "yellow card."

"There will be no sanctions for those who voluntarily do not want to be covered by the Press Labor Law," said Deputy Prime Minister Bülent Arınç, as the law started being discussed in Parliament. The new Press Labor Law is expected to cover the rights of online journalism and online news agencies. According to Arınç, the social security opportunities provided by the press law will be extended to protect employees working for online news agencies. It will also grant the same special privileges as print media, such as obtaining a press card for both employees and owners of online news agencies.

However, the principle of voluntary coverage by the new Press Law might create some tension.During Justice Commission meetings in the Turkish Grand National Assembly (TBMM), Arınç also stated that while the Internet has started to be widely used in Turkey, online journalism and online news agencies have had a significant place within Turkish media. Online journalism in Turkey has made a great effort to gain significant ground within Turkish media.Now that the number of both independent online news agencies and online publications of popular media organizations have increased, it shows that, compared to print media, online journalism is already better off.

"With the widespread use of online media, freedom of the press, the protection of personal rights and freedoms, copyrights and having a press card for those working for online news agencies, the many privileges of print media would not cover the rights of online news agencies and media organizations. All of these problems demonstrate that there must be a legal regulation to grant some significant rights for online media," said Arınç. The report prepared by the commission on information and Internet research in the TBMM recommends that the new labor law should cover the rights of online media and online news agencies in the new Press Law. Arınç, in his speech, also emphasized the recommendations made by the commission, while calling many media associations, the Turkish Journalist Association and the Turkish Journalist Union to act on this significant matter.