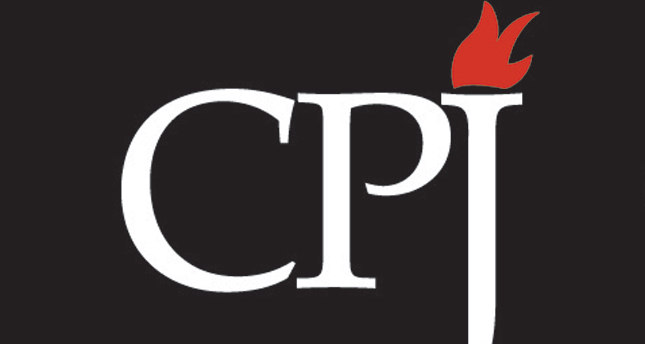 by Nurbanu Kızıl May 02, 2014 12:00 am
ISTANBUL — In his latest tweet on April 30, Joel Simon, the executive director of the Committee to Protect Journalists (CPJ), claimed that Daily Sabah's reports about the number of journalists in prison were inaccurate, disregarding the most recent developments.
The CPJ also failed to recognize the fact that almost all of those in prison were detained on a number of serious criminal charges, including terrorism-related offenses. Blaming Turkish authorities for "attacking its critics rather than addressing legitimate concerns," the CPJ wrongly accused them of so-called unjust treatment of journalists for "carrying out their work" and "suppressing critical reporting."

CPJ completely disregards a number of crucial factors in terms of the real identity of those in prison and turning a blind eye to a number of media outlets which incessantly criticize and insult the government. They are not suppressed even though they go as far as reporting false and fabricated information as the truth, which was especially the case during the fabricated tape recordings of the prime minister and a number of government officials. Therefore, the claims that the Turkish government cannot tolerate criticism are baseless as the media can freely criticize and even insult the prime minister without repercussions.

On the other hand, the number of those considered to be journalists by the CPJ is currently 15 and not 21, contrary to the CPJ's recent statement. The same statement also referred to the CPJ's most recent prison census claiming that Turkey is the world leader in terms of putting journalists behind bars, though the report dated back to December 2013 and the number has dropped dramatically since then. More importantly, the "journalists" in jails are individuals who all have associations with terrorist organizations recognized by the U.S., EU and a significant number of other countries and organizations.The article has comprehensively referred to the crimes committed by seven of the 15 so-called journalists as well as the terrorist organizations they are affiliated with. The possession of illegal firearms and dangerous substances, using fake identification cards, armed robberies and attacks on public places and security forces can only be characteristics attributed to terrorists and should not be utilized by journalists whose duty is to express ideas and reports through the use of written or televised media channels rather than cowardly resorting to violent means under the cover of journalism.