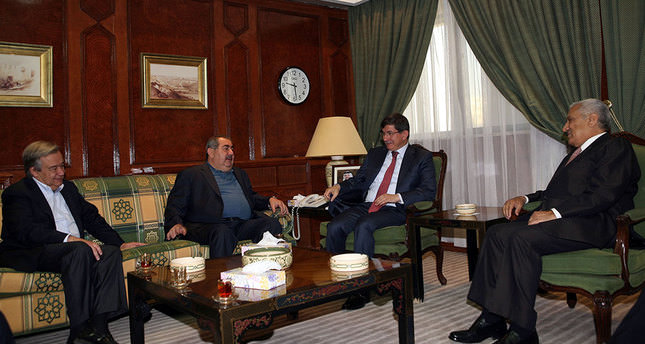 The talks touched on bilateral relations and the Syrian crisis, the sources said, noting that the two officials hailed deep-rooted relations between Ankara and Amman.

During the meeting, the Jordanian premier paid tribute to a recent visit by a high-level economic delegation from Turkey to Jordan, led by Economy Minister Nihat Zeybekçi, the sources added.

The meeting also tackled the rising number of Syrian refugees in both countries and how the two countries can cope with the situation, they added.