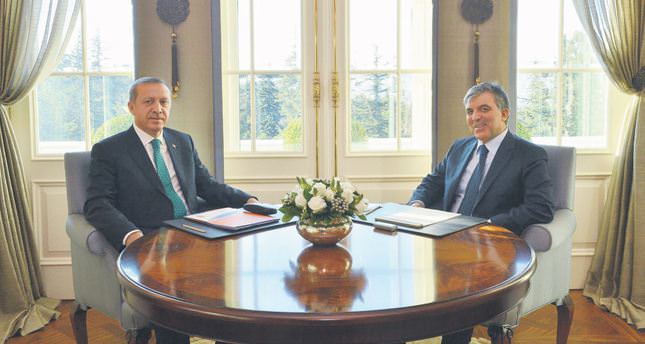 ISTANBUL — With less than four months left until Turkey's first presidential election by popular vote, the AK Party's amendments to the election system and its candidate list for the presidential election has become clearer. In a meeting over the weekend, the AK Party Central Decision and Executive Board (MKYK) decided to maintain the party's threeterm rule that lets AK Party politicians run for Parliament for three consecutive terms. The decision refuted speculation that Turkish Prime Minister Recep Tayyip Erdoğan will stay on as prime minister for a fourth term and also strengthened theories over Erdoğan's candidacy for president, since Erdoğan would be affected by the AK Party's current three-term rule.

Another message given by the meeting was that the AK Party is preparing for the 2015 parliamentary elections with a dynamic team by reorganizing the party.Most MKYK members stated that they support Erdoğan's presidential bid. Yet, several members stated that the continuation of Erdoğan as prime minister may be more effective to provide continuity of economic investments and maintain the upper hand against the Gülen Movement, which infiltrated the police and judiciary and carried out smear campaigns against the AK Party in order to topple the government.

Senior AK Party figures had their shares from maintaining the three-term rule along with Erdoğan. As the rule says, nearly 70 AK Party members, including key governmental figures such as Deputy Prime Minister Bülent Arınç, Deputy Prime Minister Beşir Atalay, Justice Minister Bekir Bozdağ, Deputy Prime Minister Ali Babacan, AK Party spokesperson Hüseyin Çelik, EU Minister and Chief Negotiator Mevlüt Çavuşoğlu will not be able to run for Parliament in the next term. Maintaining a three-term rule strengthens another scenario in which Minister of Foreign Affairs Ahmet Davutoğlu, who is in a second term in the Parliament, could run for the office of the prime minister.The MKYK further decided to continue with the current election system that holds a 10 percent threshold and abandoned the controversial first-past-the-post and single-member district electoral systems.

It is reported that the possibility of the Turkish Constitutional Court (AYM) annulling these election systems paved the way for the AK Party to continue with the current election system. Speaking in an interview aired on Kanal 24, Deputy Prime Minister Atalay stated over the weekend that after all consultations and evaluations, Erdoğan is more likely to be the AK Party's presidential candidate. Regarding a question over speculation that the "Putin-Medvedev model" will be applied between Erdoğan and Gül, Atalay said the model is not applicable to the AK Party since what is important within the party is not holding a seat but maintaining the continuance of AK Party ideologies.

Arınç stated that the candidate will be confirmed after May, 20.

On Saturday, Gül commented on the current consultation process as to which candidate will run for the presidency. Gül said that he and Erdoğan spoke about the presidential candidacy and Turkey will learn of the AK Party's candidate when the time comes. Pointing out that different political parties and viewpoints are needed for democracy and plurality, Gül said, "It is significant to create unity in this plurality. If we understand the notion of plurality as dispute and rift, Turkey and its cities and districts will be harmed." Regarding the presidential election, AK Party Vice President Numan Kurtulmuş stated that personal issues will never cloud the ruling party. He further said, "This nation will give a visa to Prime Minister Erdoğan for the presidency."