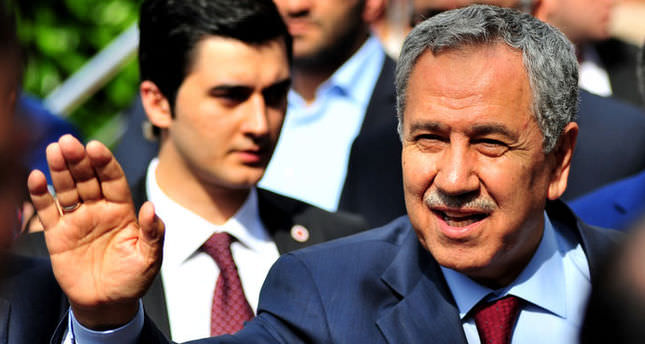 Arınç delivering a speech at an advisory council meeting in the northwestern province of Bursa touched on the upcoming presidential election, being held in August, and the possible candidate of the ruling party to run for the presidency.

Praising Erdoğan for his successful 12 years in office, the deputy prime minister said, "We desire Erdoğan, he deserves the presidential post after 12 years of effort."

However, he added that the final decision of who will run will depend on negotiation between Erdoğan and the incumbent President, Abdullah Gül.

The deputy prime minister also claimed that whoever does become the candidate of the AK Party, that person will be the president.

Previously Arınç has said that Erdoğan would easily win the elections as opposition party leaders did not have popular support.