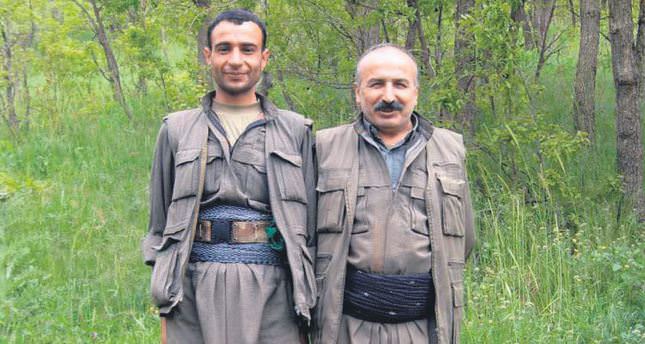 by Daily Sabah May 07, 2014 12:00 am
ISTANBUL — Mustafa Karasu's recent remarks in a televised interview have exposed details about the future of the the People's Democracy Party (HDP), signaling that the era of armed conflict has been replaced with politics. Karasu, an executive member of the illegal Group of Communities in Kurdistan (KCK) and deputy chairman of the militant Kurdistan Workers' Party (PKK) - recognized as a terrorist organization by Turkey, the U.S. and the EU - talked about the HDP and its outlook in the near future. The interview, which took place in northern Iraq, focused on the restructuring of Kurdish politics in Turkey following a congress to be held on June 8 where the Peace and Democracy Party (BDP) is expected to officially join the HDP and work as a radical democratic party.

Responding to claims that the HDP will be the same party as the BDP with a different name, Karasu stated that the HDP is a project that will enable Turkey to resolve the Kurdish issue through democratization. More importantly, Karasu expressed they no longer aim to establish a Kurdish nationstate. "We have given up the idea of establishing a nationstate," said Karasu, who expressed that the idea was shared by leftists and interpreted as the means to enable nations to determine their own fates. "However, we are currently under the impression that nations can determine their own fates without establishing a nation-state," Karasu stated, and went on to note that they aim to resolve the Kurdish issue within Turkish borders through the HDP. He also stated that it was a strategic project that arose from a new paradigm when they came to the conclusion that they couldn't establish a new state through insurgency and fighting and realized it was necessary to find new solutions, preferably political ones, for the conflict.

Noting that the BDP focused on democratic autonomy and democratization of the Kurdish conflict, Karasu said the HDP would come up with a civil society concept that will provide society with democratic insight through the Democratic Society Congress (DTK).

Criticizing leftist and bourgeois parties for aiming to dominate everything through women's and youth branches, Karasu claimed these parties established a proto-state through organizing in all fields of the state and taking it over.

The HDP would not implement such ideologies, he said. "The leadership has requested the People's Democratic Congress (HDK) to be the societal ground of the HDP," said Karasu, who stated that the two assemblies of the HDK would be the foundation of the HDP, and the BDP would organize through the grassroots and the HDP would gain votes through the implementation of proper policies. "It is impossible for the HDP to control all levels of the organization," said Karasu, remarking that coordination and coherence were significant but a complete takeover was a paradigm of the past which was orchestrated by communist, socialist and bourgeoisie parties and that it is wrong to desire control over all matters as it is an outdated idea. However, he claimed that the HDP is obliged to have radical characters because issues in Turkey demand radical steps with radical solutions.

The PKK operated as a militant organization from 1984 to 2013 and attacked numerous civilian and military targets resulting in thousands of casualties. It signed a ceasefire with the Turkish government on March 21, 2013. Mustafa Karasu, the deputy chairman of the PKK, is of Turkish origin and is considered one of the hardliners among the PKK leadership. His name appeared on a list of 248 PKK members that Turkey wished to extradite from Iraq on July 10, 2010.