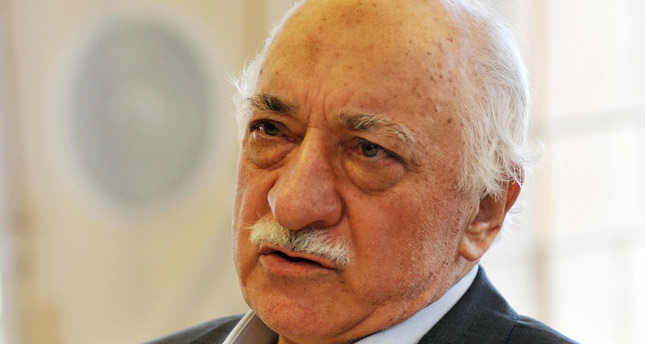 by Daily Sabah May 08, 2014 12:00 am
ISTANBUL — Numerous theologians, including Suat Yıldırım and Mustafa Kavurmacı, are disturbed by the divisive atmosphere created as a result of the defamation campaigns conducted in media outlets affiliated with the Gülen Movement following the Dec. 17 operation. The theologians have come together to take action, emphasizing the current situation was damaging to Muslims with different views and ideologies and was an attempt to create an "other" by inciting hostility.

Accordingly, the issue was then taken to Fethullah Gülen who currently resides in self-imposed exile in Pennsylvania. His response was harsh and negative when he replied, "The operation has begun and it is not possible to go back to medical treatment to cure the illness," implying that he is not willing to take a step back in terms of fighting the Turkish government, contrary to his claims that he promotes peace, dialogue and goodwill.

Prime Minister Recep Tayyip Erdoğan in his March 30 local elections campaigns previously referred to the issue as an "operation initiated by traitors under the cover of a corruption probe to sabotage the stability in Turkey including the reconciliation process, and was directed against Turkey's growing prominence and esteem throughout the region. The prime minister noted the AK Party will not allow infiltrators to cause further damage to the country and will start the process to extradite Gülen from the U.S.
Last Update: May 08, 2014 1:17 am
RELATED TOPICS