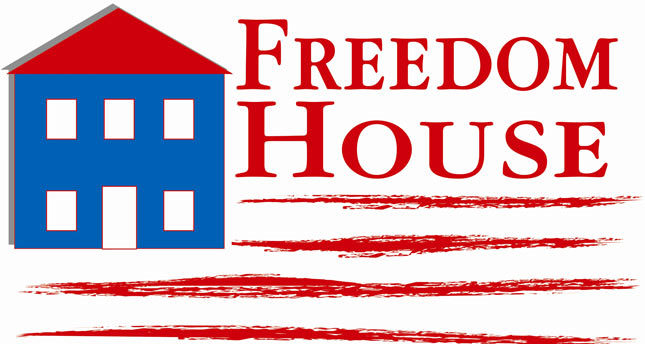 The report states that 44 journalists are imprisoned in Turkey, but following the release of 10 people in the aftermath of the publication of the report, five journalists are now being held in jail. Davutoğlu added that the five journalists have been accused of several other crimes including being affiliated with a terrorist organization. "They put Turkey in the same category with North Korea.

Are the journalists in Turkey working under the same conditions with their North Korean colleagues? I am not saying that the freedom of media in Turkey is proper. I have never said Turkey should not do anything to improve media freedom.

Yet, nobody can claim the report is objective. This is an orientalist approach. Nobody can underrate what Turkey has achieved in terms of media freedom," said Davutoğlu.

He also added that the AK Party has worked to promote media freedom in Turkey.

Referring to a Committee to Protect Journalists (CPJ) report, Freedom House on May 1 released a report stating that Turkey remained the world's leading jailer of journalists in 2013, with 40 behind bars as of Dec 1. Criticizing Turkey harshly, the watchdog appears to have turned a blind eye to the latest developments in which almost all of those imprisoned were detained on a number of criminal charges, most importantly for being part of a terrorist organization. Out of the 15 journalists being held at the time the report was released, seven are members of the PKK, an organization recognized as a terrorist group by Turkey, the U.S., EU states and numerous other states across the world. Their arrests are not related to their identity as journalists, but rather to their connections with terrorist organizations. The 10 journalists were released last week when their trial detention period exceeded five years. According to Turkish law, if the arrest period lasts more than five years, the suspect has to be released.

According to the report, "The region's largest numerical change occurred in Turkey, which declined from 56 to 62 points and moved from Partly Free to Not Free." A Daily Sabah source said that the report was written by only one analyst who chose to remain anonymous. According to the source, Freedom House has not investigated the media freedom issue in Turkey sufficiently and did not review official reports released by the Justice Ministry with respect to the imprisoned journalists.