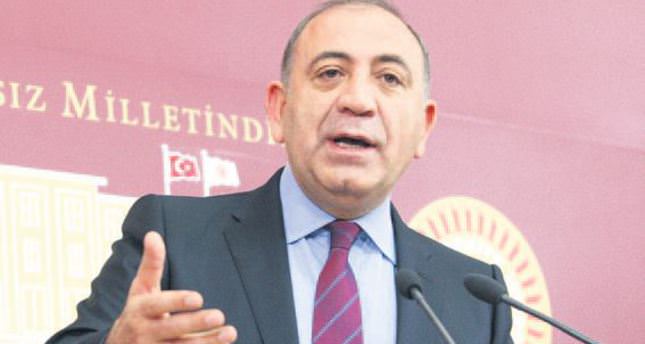 ANKARA — Turkey's main opposition the Republican People's Party (CHP) has announced the replacement of six members of the party's A-team out of the 17-member Central Executive Board (MYK). CHP leader Kemal Kılıçdaroğlu also announced Istanbul deputy Gürsel Tekin's appointment as the new secretary-general, a key post in the party. According to CHP leader Kılıçdaroğlu's statement, Tekin was appointed as the new secretary-general in place of Adnan Keskin. Prior to this post, Tekin was deputy chairman responsible for local party organizations, and he was replaced by Tekin Bingöl.

In April the CHP had discussed the election results in overly long and tense debates, and CHP leader Kılıçdaroğlu faced heavy criticism from CHP deputies who claim it was a mistake for the main opposition party to welcome Gülenist support and move away from its core principles of secularism and class politics. Party members also criticized Kılıçdaroğlu for nominating mayoral candidates with right-wing backgrounds, and after the meetings the CHP leader signaled major revisions in the MYK and in provincial organizations, which seem responsible for losing the election.

Kılıçdaroğlu who became the leader of the CHP in 2010 reshuffled the MYK six times since that time. Some political analysts claim that changes in the MYK are not linked to the party's poor performance in the latest local elections, and the changes aim to prepare the party for the upcoming elections. However, renowned journalist and political analyst Mahmut Övür doesn't agree. "After the Dec. 17 operation, the CHP-Gülenist rapprochement raised concern, and the preference for candidates who have right-wing backgrounds caused harsh criticism from party figures as well as outside observers from diverse backgrounds.

Therefore, these changes can be read as a reaction against the party's shifting to the right and the failed alliance with the Gülen Movement," Övür said. On the other hand, Övür expressed doubts about the success of the new members. "The new MYK members have social democrat backgrounds; however, I doubt that they will be able to transform the CHP into a real left-wing party. From my point of view, politicians cannot reflect their ideas in party politics, and this is one of the fundamental problems in the CHP. This is also a really good chance for us to observe whether the new MYK members will have an impact on party politics or not. If it is not, the situation in the CHP is very grave." Regarding Tekin's appointment as general secretary, Övür remarked that with this change Mustafa Sarıgül has almost lost his chance in a possible party leadership race. "When Kılıçdaroğlu made these changes in the MYK, he also considered the possibility of Sarıgül's challenge against him. Kılıçdaroğlu strengthened his position with new board members from the left wing. Moreover, four out of five former MYK members were Sarıgül supporters," he added.

However, according to journalist Murat Aksoy, a leading expert on the main opposition party, the changes will bring new energy to the party, which can be considered as a positive move. The possibility of change in the MYK has been discussed in the party for a long time; therefore, it was not a surprise for anybody. The most important change is the appointment of Tekin as general secretary.

This change seems to indicate a congress this summer. General Secretary Tekin is also considered as a sign of the return of a strong general secretariat, which is very common in European Social Democrats.

On the other hand, the new secretarygeneral, Tekin, indicated that all tasks in the CHP are very meaningful and dignified.

The new MYK will hold its first meeting next Wednesday May 14, and the board will decide upon a new party spokesman. On the other hand, according to the party charter, the CHP should expect to hold the congress July 18. However, due to the presidential election, the congress may be postponed to September.

The local election results indicate a clear failure on the part of the CHP. According to the results, CHP's votes declined in 68 provinces out of a total of 81 provinces in Turkey, and only in 13 provinces was the CHP able to increase its votes compared to the 2011 elections.