New laws to protect women and children in Turkey 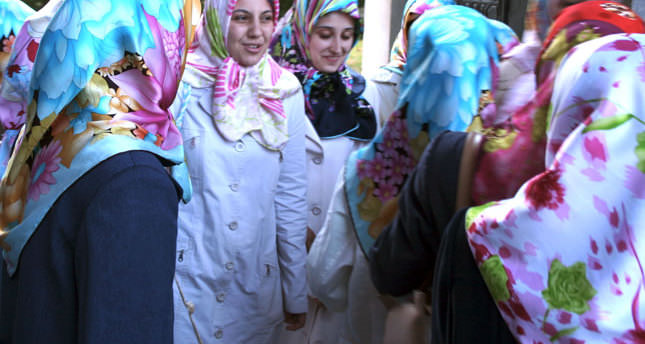 by AA May 12, 2014 12:00 am
ANKARA — Turkey's government has handed in a draft law to parliament on Monday, aiming to impose stricter penalties for abusers against women and children.

''Those who raise a hand against a woman or a child, and inflict violence, lower themselves to an inhumane degree,'' Prime Minister Recep Tayyip Erdoğan said during a speech in the western province of Afyonkarahisar on Sunday which coincidentally was Mother's Day.

''The draft law which imposes very serious and heavy penalties will be sent to the parliament on Monday,'' Erdoğan said.

Penalties against sex offenders and abusers of women and children will be nearly twice as strict, making it more difficult to receive parole.

In the current system, an offender could receive a sentence between five and 15 years, according to Turkey's Minister of Family and Social Policy, Ayşenur Islam. If the draft law is approved by the parliament, the new system will impose sentences starting from 15 years, nearly doubling the punishment.

Speaking to the press regarding the draft law on Monday, Turkey's Justice Minister Bekir Bozdağ said the draft law introduces new regulations on crimes against sexual privacy of a person, securing a reasonable balance between the penalties imposed for basic sexual actions like molestation, and those given for crimes considered more serious.

Bozdağ added that they have increased the penalties gradually in the draft law.

The new law will stipulate that those receiving an aggravated life sentence for any crime against children will serve 39 instead of 30 years in jail while those who get a life sentence will spend 33 years in prison rather than 24 years.

"Sex abusers who are sentenced to prison will also be subject to one or more of the new batch of measures including medical treatment, after their release, a ban on living near the offended person will be imposed as well as a ban on working in places where the abuser has to be among children, and on leading any child-centred profession," said Bozdağ.

According to the law in effect, when it is established that abuse has taken place in a preliminary examination, further examinations are conducted on the offended person and evidence of physical and psychological effects of rape or abuse are collected, and if any are found, the sentence given to the abuser increases.

If the draft law is approved, the current common practice with forensic medicine where a medical practitioner collects further evidence involving rape or abuse after the initial examination, will not be required for pushing strict sentences, according to minister Islam.

Justice Minister Bozdağ maintained that practice will be abolished by the new law and the penalties for the basic form of the said crime will be increased, underlining strict penalties for offenders.

''The new law exclude such examinations as the abused person or child are negatively affected by the process. This will prevent the offended from being hurt again and again" he said.

''There is a pre-judgment in the law now that says, 'anyone who has been subjected to abuse has [his or her] physical and mental health adversely affected,'' Islam previously stated.

Murder and abuse cases involving children have raised concerns in Turkey, where the number of cases with missing or abused children are on the rise recently.

On the morning of April 29, the body of a six-year-old girl was found in the southern Turkish province of Adana. The victim, identified as Gizem Akdeniz, was reportedly assaulted by knife before being strangled to death by her 20-year-old relative in a murder case that has shaken the entire country.