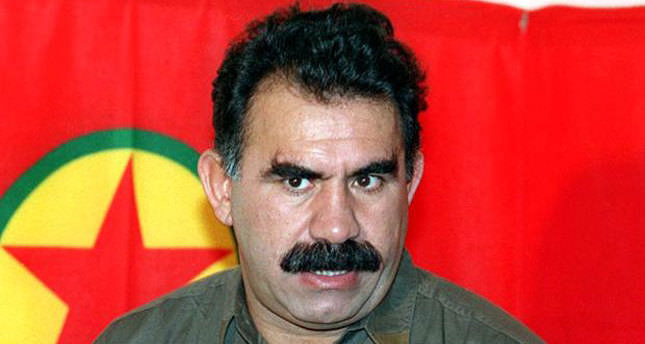 by Daily Sabah May 12, 2014 12:00 am
ISTANBUL — The jailed leader of PKK, Abdullah Öcalan, sent a message to the Democratic Islam Conference organized by the People's Democracy Party over the weekend, appealing to the religious sensitivities of those present.

The Democratic Islam Conference organized by the People's Democracy Party (HDP), which was created based on the pro-Kurdish Peace and Democracy Party (BDP), took place on March 10-11 with the participation of nearly 300 Islamic scholars, including academics, authors and experts, in Diyarbakır to reach a wide range of voters in an effort to extend its base. The conference was organized based on the suggestions of Abdullah Öcalan, the imprisoned leader of the PKK. Yet, critics panned the conference, especially after Öcalan's message tried to legitimize the PKK and show that the terrorists belonging to the organization are "heroes." In his message, Öcalan said, "Warriors of the public, the Kurdish public, who have been attacked with advanced war techniques and exposed to fake Islam's exploitation can only be described with the heroism of Ali ibn Abi Talib [the cousin and son-in-law of Prophet Muhammad]."

Öcalan used religious terms to define the PKK and describe its struggle as religious-based, which contradicts the PKK's ideologies during its foundation. Öcalan denounced the al-Qaeda and Hezbollah militant groups as a representative of current fascism. He further said that there is no place for one language, one nation and one flag in the Quran and noted that the Quran praised the unity of different nations under the scope of pluralist, egalitarian democracy and freedom. The PKK, which operated as a militant organization from 1984 to 2013 and has attacked numerous civilian and military targets resulting in thousands of casualties, was founded on Marxist-Leninist ideologies.

This is mainly one of the reasons why critics argue that the Democratic Islam Conference was not organized with sincere intentions in place, as Kurdish leaders - both militant and political - have mostly ignored and frowned upon religion, whereas now they would like to take advantage of it for political interests.