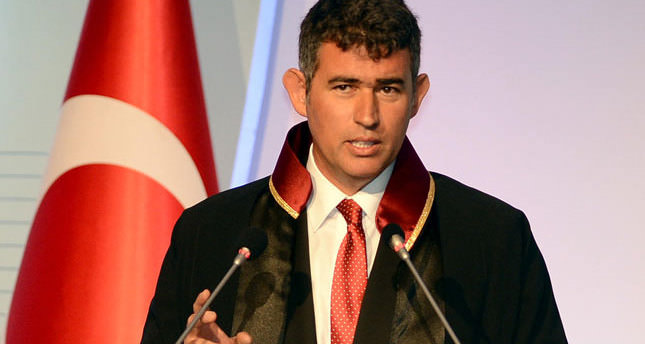 ISTANBUL — Turkish opposition parties divided over Turkish Bar Association head Metin Feyzioğlu's politically charged speech at the 146th anniversary of the Council of State over the weekend. Opposition Nationalist Movement Party (MHP) leader Devlet Bahçeli lambasted Feyzioğlu's speech during his party meeting on Tuesday by saying that ceremonies and anniversaries are not places to give political lectures. Bahçeli accused Feyzioğlu of making provocative remarks and said that Feyzioğlu misused his authority by both going way beyond the allotted time of 25 minutes and the scope of his speech. Referring to Feyzioğlu, Bahçeli said, "Nobody has the right to do politics and create a heated discussion by taking the advantage of the rostrum that he occupied."

Bahçeli further harshly criticized Prime Minister Recep Tayyip Erdoğan due to the heated exchange between him and Feyzioğlu.
Bahçeli stated that Erdoğan's burst of rage after he was incited by Feyzioğlu's speech revealed his personality.

Describing the heated discussion as a scandal, Bahçeli said: "Under normal circumstances, the prime minister should listen to the speaker commonsensically. If there is an issue that he disapproves or finds insulting, he should directly tell Feyzioğlu after his speech or convey his message through progovernment media outlets."

At a party meeting on Tuesday, main opposition Republican People's Party (CHP) leader Kemal Kılıçdaroğlu supported Feyzioğlu's speech and stated that there was nothing disrespectful in Saturday's speech. Kılıçdaroğlu further said that a politician has to be open to criticism and learn from criticism. Apart from the division between the MHP and the CHP, there was another division among CHP members over Feyzioğlu's speech. During the meeting, CHP Vice President Faruk Loğoğlu protested CHP members due to harsh criticism that he gave against Feyzioğlu's speech over the weekend. Loğoğlu stated in a televised interview that Feyzioğlu exceeded the time allotted for his speech and showed disrespect toward participants. Loğoğlu pointed out that Feyzioğlu's speech was politically motivated, adding that the platform where he spoke is not suitable for such speeches.

Reacting against Loğoğlu's criticism against Feyzioğlu, the CHP is expected to discuss the crisis that erupted after Loğoğlu's remarks at the party's Central Administration Board (MYK) this week.

During his speech, Feyzioğlu criticized the government on numerous issues, including the Twitter ban, Labor Day protests and the Dec. 17 operation orchestrated by the Gülen Movement in order to overthrow the government. Feyzioğlu stated that there would be no justice in courts if they were politicized.

He said, "The recent administrative and judicial bans on social media echoed with a repressive mindset in previous times is against the Constitution, the European Convention on Human Rights and legislation concerning online publishing."

On Labor Day protests, Feyzioğlu stated that barring protesters from entering Taksim Square as a security measure during Labor Day is against the Constitution and paved the way for provocateurs to clash with police and citizens. Feyzioğlu further touched on the Van earthquake, which claimed the lives of hundreds of people and injured more than 2,500 in 2011, by asserting that people have been living in container houses.

At the end of Feyzioğlu's speech, Erdoğan said: "The [Council of State] president speaks for 25 minutes only, while you have been speaking for more than an hour. You are misbehaving, this is enough." Commenting on Feyzioğlu's criticisms over the government's "insufficient efforts" for the victims of the Van earthquake, Erdoğan said that Feyzioğlu's remarks were lies and left the hall after making his comments.
Last Update: May 14, 2014 1:00 am
RELATED TOPICS