Turkish and Israeli leaders on the brink of normalizing relations 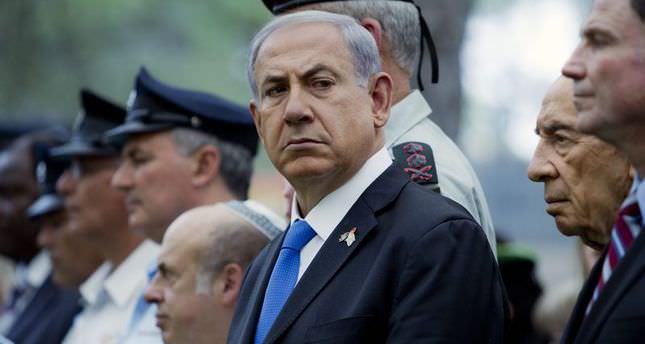 by Ali Ünal May 13, 2014 12:00 am
ANKARA — Israeli media outlets reported on Sunday that Israeli Prime Minister Benjamin will finalize a deal upon his return from Japan on May 16 which will normalize relations between Israel and Turkey. "We are waiting for the prime minister to return and finalize the deal," the Jerusalem Post quoted an Israeli official as saying. However, Israeli officials did not mention which particular issue was currently awaiting Netanyahu's final signature.

Regarding the conclusion of the reconciliation agreement, Israeli Foreign Minister Avigdor Lieberman expressed optimism last week and remarked that "There is every reason to believe that relations between Israel and Turkey will be normalized. We believe that in the near future the situation will return to its normal course and our relations will improve."

Turkish officials have also remained optimistic about concluding the agreement. Turkish Foreign Minister Ahmet Davutoğlu said yesterday that "We hope that in the coming days the Israeli side will take a positive attitude with regard to the progress already achieved, so that we can have a final result," referring to negotiations between the two countries over the Mavi Marmara incident in which Israeli soldiers killed nine Turkish citizens in 2010. In addition to Davutoğlu's statement, the head of the Foreign Affairs Commission of the Turkish Parliament Volkan Bozkır recently remarked that "Turkey has no fundamental problems with Israel and the Jews. Currently, Israel's apology and agreement to pay monetary compensation are important steps. The removal of the blockade on Gaza and allowing humanitarian aid would allow for full diplomatic ties to be restored and relations to return to normal."

Turkish Prime Minister Recep Tayyip Erdoğan also shared similar sentiments during an interview on American television that Turkey and Israel could move toward reconciliation within days or weeks. In regard to compensation, Erdoğan remarked, "We have reached an agreement," and the "other step of negotiations" concern the issue of sending humanitarian aid to Palestinians through Turkey.

Despite positive statements from both Turkish and Israeli officials, sources from the Turkish Ministry of Foreign Affairs remarked last week that Netanyahu has been delaying the approval of a compensation agreement. "It seems that Netanyahu's hesitance is due to domestic political concerns. Israel suspended peace talks with Palestinians after Fatah-Hamas deal and Netanyahu may think approval of the compensation agreement may weaken his hand in domestic politics," the source added.

Israel and Turkey have been negotiating a compensation agreement for several months for the families of nine Turks who died aboard the Mavi Marmara in May 2010 after an Israeli attack to stop the Gaza blockade-running vessel. Talks on compensation began in March 2013 after Israel extended an apology to Turkey in a breakthrough phone call brokered by U.S. President Barack Obama during his visit to Israel.

Several media outlets reported that Turkey and Israel have agreed Israel would pay some $21 million (TL 43.7) to the families of the victims. This money would not be paid directly to the families, but rather deposited in a fund that would later be distributed among them. Turkey, as part of the deal, is to pass legislation ending current or future legal proceedings against IDF commanders and officers. Once the deal is signed, the countries are expected to immediately exchange ambassadors.
Last Update: May 13, 2014 5:42 am
RELATED TOPICS