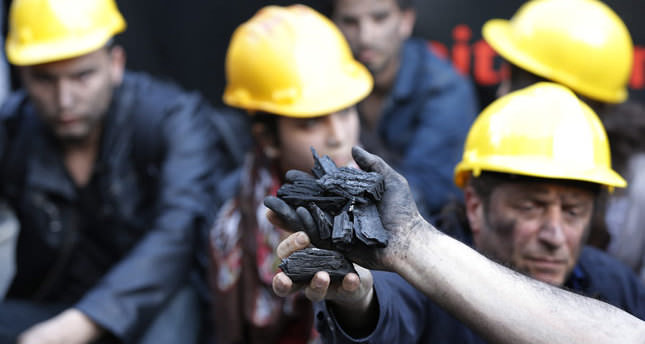 by Daily Sabah May 16, 2014 12:00 am
ANKARA — The Turkish Grand National Assembly (TBMM) in 2010 established a Parliamentary Investigation Commission and prepared a report which addressed threats posed by methane gas in the Soma basin. It stated that work needs to be done to address methane drainage. The report was prepared to assess numerous issues related to the mining sector in Turkey and precautions that must be taken in the industry. It concluded that "Occupational health and safety issues in Turkey are intertwined with the country's general socioeconomic development, educational status and unemployment issues."

Noting that it is necessary to extend occupational health and safety measures in all mining institutions including those which operate with subcontractors, the report said that it is crucial to train occupational safety specialists to address the needs of the sector.

It was also suggested that inspections conducted in such workplaces be guiding factors for both employees and employers, and should be based on an informative, protective and preventive approach in efforts to create permanent precautionary measures.

On a different note, the Republican People Party (CHP) a few weeks ago requested that the TBMM investigate the working conditions of miners in Soma, but the motion was rejected by the Parliament.
RELATED TOPICS