Turkey in need of more friends in Washington 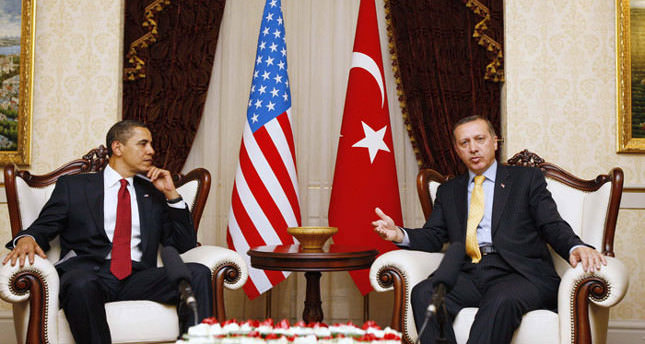 by Ragıp Soylu May 17, 2014 12:00 am
WAHSINGTON, D.C. — During a recent visit by Deputy Prime Minister Ali Babacan and Economy Minister Nihat Zeybekçi to Washington, D.C., it was common to hear experts say that Ankara should pay more attention to the U.S. congress rather than just focusing on the executive branch.

In part this sentiment stems from the fact that Turkey has officially declared it would like to join the Transatlantic Trade and Investment Partnership (TTIP) agreement between the EU and U.S., which is still being negotiated.

On Wednesday, Babacan and Zeybekçi, who is a former businessman himself, attended the third meeting of the U.S.-Turkey Framework for Strategic Economic and Commercial Cooperation at the Department of Commerce, alongside U.S. Trade Representative Michael Froman and Secretary of Commerce Penny Pritzker.

Zeybekçi was very optimistic about the future of TTIP talks and assured journalists that the U.S., as a partner and ally, would not allow Turkey to be excluded from the agreement. "We are here to generate a formula to prevent any such development," he added during a joint press conference.

Experts emphasize that even though Turkey will likely be included in the TTIP, it is the congress, which is at odds with the Turkish government over a range of issues involving the Cypriot and Armenian problems, which will make the final decision about Turkey's participation. "In order to expand the Turkish-American economic relationship, Turkey needs more friends in the United States. Although the Obama administration has supported Turkey and believes deeply in the model partnership, Turkey needs more friends, not just the American government. You need to get congressional approval for free trade agreements. You need friends from businesses and all the other stakeholders. It is not enough just having these government-to-government contacts. Turkey should use her business organizations more to reach congress as well," said Jose W. Fernandez, Former U.S.Assistant Secretary of State for Economic, Energy and Business Affairs at a Brookings Institute's panel on Turkey's inclusion to TTIP.

Turkey has taken some steps in some areas to gain the good will and blessings of the congress. Kemal Kirişçi, Brookings' director of Turkey project, stated that the escalation of Cyprus negotiations and Prime Minister Recep Tayyip Erdoğan's historic condolences to Armenians regarding the 1915 incidents would have a positive impact on members of the congress, allowing them to be able to defend Turkey's participation in the TTIP, despite lobbying on the part of Armenian and Greek constituents. He stressed that Turkish businesses were aware of the fact that the Turkish-American economic relationship has proven beneficial and suggested that they can bridge the gap between congress and Turkey.
Last Update: May 17, 2014 5:39 am
RELATED TOPICS