KRG oil likely to be exported this week 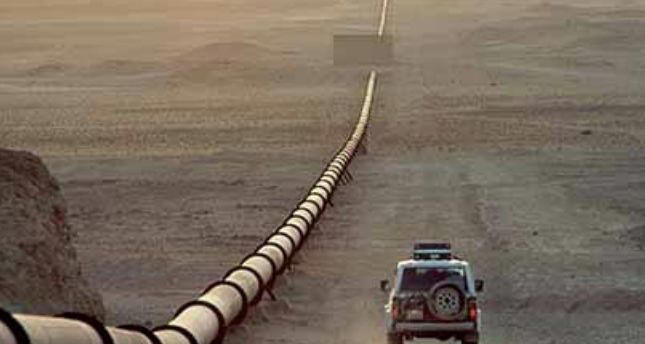 by Daily Sabah May 19, 2014 12:00 am
ANKARA — Negotiations between the Kurdish Regional Government (KRG) and the Iraqi government for the export of oil from the KRG to world markets via Turkey have continued for months, however, the sides could not reach agreement yet. Turkish Energy Minister Officials told the Daily Sabah that they expect the sale to be realized this week.

According to sources, export of KRG oil may start this week. On the other hand, Turkish officials recently announced several times that Turkey does not want to be involved in the sale of Kurdish oil. On this issue, Ministry of Energy Taner Yıldız recently stated that the oil belongs to Iraqis and they are the ones who will sell it.

Sources from the energy ministry also said that stored Kurdish oil at Ceyhan had reached 3 million barrels. However, officials from the Turkish Ministry of Energy confirmed that there were no shipments from Ceyhan port as of late Sunday.

At the beginning of May, KRG officials announced that oil shipments from Irbil to Ceyhan had resumed, including 100,000 barrels per day (bpd) through a pipeline. Last Friday, Reuters news agency reported that Israeli and U.S. oil refineries had started to buy oil from the KRG.
According to the agency, Israel has been importing crude oil since January, and the United States imported its first crude cargo from the region two weeks ago; however, Kurdish officials rejected the claims. "Kurdistan oil has so far not been sold. But the KRG's hands are open to sell," KRG spokesperson Safin Dizayee told Rudaw, a Kurdish news agency.

KRG officials say Baghdad still has not sent Kurdish budget payments for March and April. Kurdish officials added that even though they are constitutionally entitled to receive 17 percent of the national budget, in the past Baghdad paid them a little over 10 percent only.

Baghdad is still sending mixed signals over the ongoing dispute, claiming that the sale is illegal according to the Iraqi constitution. Yet, Iraqi officials also claim that they support the sale to increase the welfare of the country. In one of his previous statements Yıldız noted that "Drilled oil belongs to the whole of Iraq and the oil to be drilled in Iraqi regions will be gathered in a shared pool.

Turkey aspires to expand that shared pool to be used for Iraq's service, and our endeavors should be evaluated in this regard." The oil sale issue increases the tension between the federal government and Baghdad, as the Kurdish side threatens Baghdad with declaring independence, while Iraqi Prime Minister Nuri al-Maliqi responds by threatening to end the autonomy of the region. Iraq's central government opposes the sale of the oil, saying it bypasses the country's national oil company, State Oil Marketing Company.

Baghdad says oil sales should be overseen by the central government and it considers any independent oil exports as tantamount to smuggling. On the other hand, President of the (KRG) Masoud Barzani previously said there is no going back in Irbil's decision to export oil independently despite Baghdad's opposition.

Turkey will remain merely a route by which the oil will flow to the tanks of the U.S. and Israel. In other words, the KRG and the buyers benefit from Turkey's geopolitical position rather than employing it as a mediator.

Touching on the identity of the buyers, Reuters reported: "The identity of the buyer was unclear, as the terminal is connected to 23 refining, production storage facilities scattered between the Gulf Coast and Cushing, Oklahoma. The crude oil was loaded by trading company Petraco at the Delta Rubis terminal at Dörtyol in Turkey, one of the two ports that export Kurdish oil, sources said. The company declined to comment."