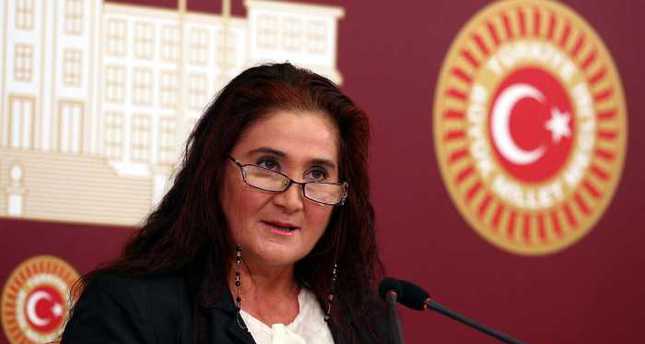 by Daily Sabah May 20, 2014 12:00 am
ISTANBUL — The main opposition Republican People's Party (CHP) Istanbul Deputy and musician Sabahat Akkiraz submitted her resignation to the CHP leader Kemal Kılıçdaroğlu by showing last week's Soma mine tragedy and officials who have not resigned yet as a reason.

Speaking to Anadolu Agency, Akkiraz stated that she submitted her resignation during her speech with Kılıçdaroğlu on May, 15. "Regarding the Soma tragedy, the ruling party has not done its bit. If they [AK Party officials] cannot resign, we can," said Akkiraz, adding that her resignation is for protesting the ruling party's members. "After this tragedy, taking a seat in the parliamentary does not make me happy.

If we are the alternative of the ruling AK Party, we should have a courage to do this kind of actions. 300 people lost their lives. The ruling party that does not take responsibility should be protested.

They [AK Party] should be held accountable for it." She further added that Kılıçdaroğlu told her that what is necessary to be done in the upcoming period.
Last Update: May 20, 2014 1:34 am
RELATED TOPICS