PM's Cologne rally to be held under siege of critics, neo-Nazis 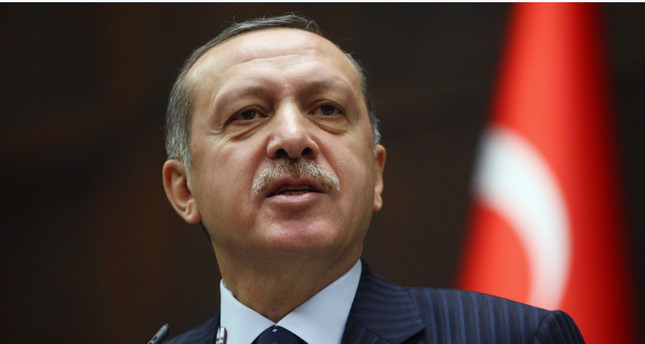 The PM's visit to Germany is being hijacked by the German media, while his rally will be held a few hundred meters from where critics and extremists will hold demonstrations

ANKARA — Turkish Prime Minister Recep Tayyip Erdoğan is scheduled to visit Germany's Cologne this weekend to address over 2 million Turkish citizens residing in Germany ahead of Turkey's first presidential election by a popular vote on Aug. 10. Erdoğan is expected to arrive at the campaign organized by the Union of European Turkish Democrats (UETD) amid concerns of protests and harsh criticism from some German media outlets against the scheduled rally. Ahead of the controversial rally, German authorities permitted demonstrations against Erdoğan's campaign by allocating a place for them just 800 meters from the arena where the prime minister will address nearly 40,000 Turks in Germany. Cologne is expected to see eight different demonstrations, including by the Federation of Alevi Communities in Germany (AABF) and the extremist right-wing parties PRO North Rhine-Westphalia (NRW) and PRO KÖLN during Erdoğan's visit. According to Turkish daily Yeni Şafak, the Turkish Prime Ministry's sources understand the permit as "alarming for security planning," but security forces in Germany stated that they do not expect any provocative action from the demonstrators.

In Saturday's speech, Erdoğan is expected to touch on issues such as the changing presidential election system and amendments to enable Turks living abroad to vote in their residing countries, Turkey's growing economy and stability over the last 12 years, the Soma mine tragedy that claimed 301 miners' lives, and Turkey's firm stance on international platforms regarding regional and international developments.

In an opinion piece published by German daily Deutsche Welle, Daniel Heinrich evaluated Erdoğan's Cologne visit from the perspective of Turkey's political landscape. Heinrich touched on Turkey's recent Soma tragedy and its effects on Turkey. He said, "Even without the Soma disaster, Erdoğan's trip to Cologne would have been controversial. The Turkish prime minister is under pressure, but that probably won't stop him becoming president."

Remarking on Erdoğan's political stance, Heinrich stated that Erdoğan's past of numerous fights with political elites still affects him. "No leader since Atatürk, the founder of modern Turkey, has marked the country as much as Erdoğan has - both positively and negatively. He polarizes people both at home and in Germany,"

Heinrich wrote. He described the Turkish opposition as weak and disjointed and stated that the main problem in the Turkish political landscape is not the presence of a power politician like Erdoğan, but the absence of a competent opposition with a credible spokesperson.
Daily Sabah spoke to Turkish people living in Germany regarding Erdoğan's rally in Cologne, their stance and possible outcomes of the rally.

Uğur Kaymaz, a 25-year-old university student, stated that those who are against Erdoğan are generally Turkish students in Germany, while Turkish craftsmen, housewives and businessmen praise the prime minister and Turkey's economic development. "Those who support Erdoğan do not raise their voices, and they prefer to be silent while protesters are in heated opposition to Erdoğan, that's why protestors' voices are louder than the supporters'," Kaymaz said.

He also noted that those who are against Erdoğan displayed hate speech against Erdoğan supporters. When asked whether polarization is expected among Turks living abroad after Erdoğan's rally, he said that there is no such possibility.

Mustafa Karaca, a 23-year-old Turkish citizen living in Germany, harshly criticized Erdoğan's rally and said, "Turks living in Germany do not know the political situation in Turkey and cannot understand how Erdoğan's aggressive stance damages the country. Yet, due to the progovernment media, many people still support him."

Karaca added that he does not expect any polarization among Turkish citizens in Germany as people respect each other's ideologies and opinions.
Last Update: May 24, 2014 1:50 am
RELATED TOPICS