30,000 Turkish Cypriots will not be able to vote in EP elections 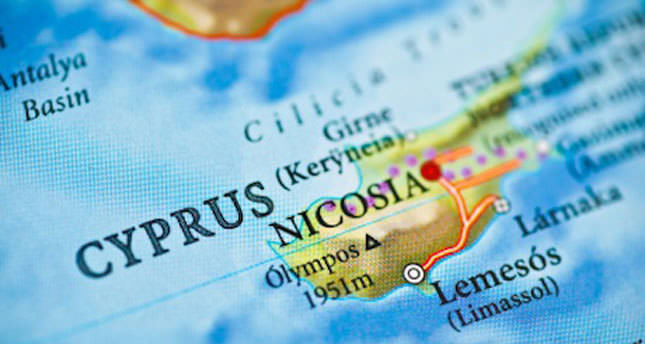 by Emre Diner May 26, 2014 12:00 am
CYPRUS — Support is growing for Turkish Cypriot journalist Sener Levent's who called last Thursday for the postponement of the European Parliament elections in Cyprus because his son - and several others who had contacted him - were not included in the special electoral roll listing.

According to an amendment to Cyprus election law, which was passed last March, approximately 90,000 Turkish Cypriots aged 18 or over who hold a Republic of Cyprus ID card and reside in the occupied areas would be automatically granted voting rights, with no need to register in the electoral roll.

In contrast, Turkish Cypriots aged 18 or over who hold a Republic of Cyprus ID card but reside in areas controlled by the government of Cyprus must register in order to be granted voting rights just like Greek Cypriots and other residents. Therefore, the amendment made automatic eligibility conditional, depending solely on one's residential address.

The special electoral roll, which contains the automatic entries of Turkish Cypriots residing in the occupied areas, was published by the Cyprus government on Wednesday.

Many Turkish Cypriots were unable to find their names on the list, including Levent's son, causing the Turkish Cypriot journalist's public outburst. In it, Levent claimed to have received numerous phone calls from other Turkish Cypriots facing the same predicament. "This is a full-blown scandal, an embarrassment," a furious Levent wrote. Addressing the issue, Elections Commissioner Constantinos Nicolaides said that legislation relating to the registration of Turkish Cypriots has been followed "to the letter." "I fully disagree and am sorry that such problems have arisen, perhaps due to the ignorance of those complaining," he said.

The head of the Interior Ministry's Election Service, Demetris Demetriou, said that the relevant legislation is "crystal clear" and provides for all citizens residing in the occupied areas to be automatically eligible, based on the information submitted to the civil registration system. "This information is submitted to the civil registry in order to obtain documents issued by the civil registry - passports, identity cards or other documents issued by the Republic," he said. "During the submission of one such application, some of our fellow citizens stated their address in the occupied areas, and they were automatically included in the electoral roll. But a significant number stated no address, and another large number stated an address in the governmentcontrolled areas," he said. "Our service followed the law to the letter, and it gave 58,637 Turkish Cypriots automatic voting rights," he concluded.

But increasingly, claims of bureaucratic incompetence seem to drown out the arguments made by the Election Service. Some claim that when Turkish Cypriots filled out applications to obtain Republic of Cyprus ID cards, information was transferred to the government database incorrectly.

Instead of inputting applicants' residential addresses, clerks seem to have been inputting their places of birth, causing a giant problem that seems impossible to overcome by Sunday. Some 30,000 Turkish Cypriot residents of the occupied areas, whose correct residential address in the north was never entered into the database, show on the system as residents of government-controlled areas; and having been told that they would be automatically included in the electoral roll, they never applied to register.
RELATED TOPICS