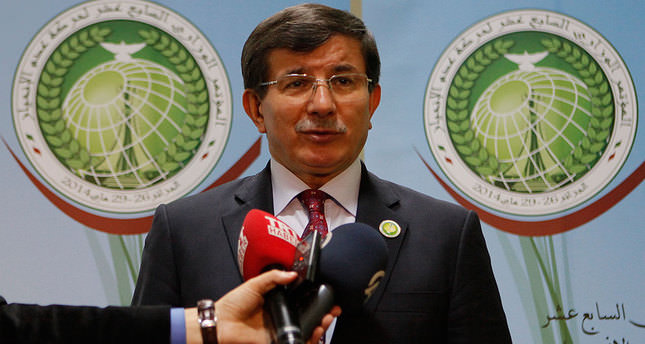 by AA May 29, 2014 12:00 am
ALGIERS, Algeria — Turkey's Foreign Minister Ahmet Davutoğlu attended the 17th meeting of the Non-Aligned Movement (NAM) - a group of states which are not formally aligned with or against any major power bloc - on Wednesday in Algeria.

Davutoğlu said some countries have given verbal support while others have given it in writing to Turkey's candidacy for permanent membership of the United Nations Security Council (UNSC), ahead of its 2014 elections in October 2014.

The meeting in Algeria's capital, Algiers, creates a 'great opportunity' for bilateral contacts, according to Davutoğlu, who said he met with foreign ministers from other countries and discussed Turkey's current temporary membership in the UNSC.

The UNSC elections are for five non-permanent seats in the UN Security Council for two-year mandates, commencing on 1 January 2015. The candidates for full membership are the following: New Zealand, Spain, Turkey, Venezuela, Fiji, Malaysia and Angola.