Repeat of local elections to see neck and neck competition 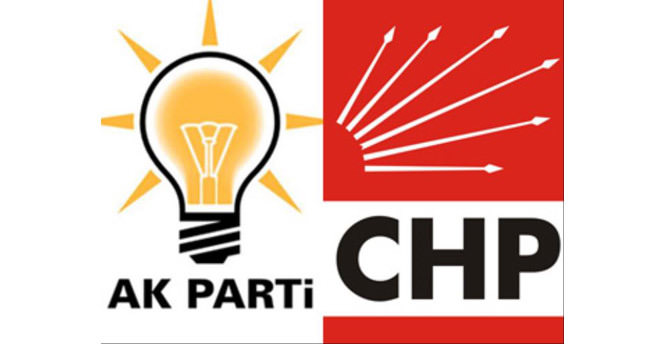 Turkey's northwestern city of Yalova and eastern city of Ağrı are expected to see a heated mayoral race as the elections will be repeated on June 1. Daily Sabah spoke to survey consultants to learn more about the race

ISTANBUL — Turkey's 14 electoral regions will go to the ballot box on June 1 as residents will participate in a re-election after the Supreme Election Board (YSK) cancelled the March 30 local elections.

According to YSK figures, nearly 230,000 voters will vote, including 155,000 in Turkey's northwestern city of Yalova and eastern city of Ağrı. Marked as strategic cities by the ruling AK Party and the main opposition Republican People's Party (CHP), Yalova and Ağrı are expected to see a tight race between AK Party and CHP mayoral candidates in the scheduled re-election.

Following the objection of both sides to the election results in Yalova, the YSK annulled the elections in April on the grounds that seven citizens, who did not meet requirements, voted in the elections. The unofficial election figures from Yalova showed that AK Party Yalova mayoral candidate Yakup Bilgin Koçal, who garnered 42.98 percent of the vote, and CHP Yalova mayoral candidate Vefa Salman, who received 42.98 percent were neck and neck. The close voting rates on March 30 and YSK's annulation after several recounts caused a rift between the parties.

AK Party mayor candidate Yakup Koçal, who was announced as the winner with one more vote on the night of March 30, said in April, "We [the AK Party] understood the lessons from the March 30 local elections. Firstly, we only tried to speak about our projects and services in Yalova and never took the CHP's smear campaign seriously, but as it seems, we should have. We will let Yalova citizens know about it and we will also share our projects with Yalova residents."

He added that the AK Party would be completely prepared for the June 1 elections and garner Yalova residents' votes without any risk.

Regarding the YSK's annulation, CHP Deputy Chairman and Yalova Deputy Muharrem İnce made statements about the decision on his Twitter account in April. He said the CHP beat the AK Party at the ballot box and they would win again. "Yalova residents will not succumb to them [the AK Party]. We trust in the conscience of Yalova people."

Continuing their election campaigns in Yalova at full steam ahead of June 1, both parties have grabbed the country's attention regarding who will be the winner of this heated mayoral race. Yesterday, a move came from two political parties that may upset the balance between the AK Party and the CHP mayoral race in Yalova. The Workers' Party (İP) mayoral candidate Hüseyin Irızak and the Rights and Equality Party (HEPAR) mayoral candidate Tölehan Yıldırır withdrew their candidacies to strengthen CHP candidate Salman's hand on June 1.

As another critical city, Ağrı witnessed escalated tension between the AK Party and the Kurdish-based leftwing Peace and Democracy Party (BDP) on the counting of votes there after the March 30 elections. According to unofficial figures in Ağrı, AK Party Ağrı mayoral candidate Hasan Arslan received 45.76 percent of votes while BDP mayoral candidate Sırrı Sakık garnered 45.55 percent.

Several recounts in the city resulted in a one-week protest between AK Party and BDP supporters in front of the city's election board. The BDP and AK Party candidates' statements and the YSK's decision to annul the elections defused the escalated tensions across the city.

In April, Sakık stated that the BDP demanded the cancellation to prevent the protests in the city and not to ruin the reconciliation process between Ankara and the Kurds, which started a year ago. He said, "Organizations that tried to take people to the streets should take a lesson and behave in accordance with the [election] process."

He stated that Ağrı residents will receive services that they deserve with the AK Party. He said, "We will inform Ağrı residents about our past services in the city and those that will be done after the re-election continuously."

Speaking to Daily Sabah, head of GENAR research institute Mustafa Şen commented on the upcoming re-election. Şen stated that the CHP has become more organized in Yalova for June 1 compared to its March 30 local election performance and opposition parties are supporting the CHP's mayoral race against the AK Party in the city.

He further noted that the AK Party can use the advantage of Turkish Prime Minister and AK Party leader Recep Tayyip Erdoğan's election rally last week in Yalova since in cities where Erdoğan holds rallies himself, the AK Party's votes generally increase by several percent.

Mehmet Murat Pösteki, a survey consultant at the Ankara-based Objective Research Center (ORC), stated that the AK Party is more likely to win in Ağrı and to garner the votes of far-right Nationalist Movement Party (MHP) voters, while Yalova still remains uncertain according to the latest data coming from the city. He said there are still undecided voters in Yalova with just days left before the re-election.