Opposition claims over 3,000 killed in Syria in May 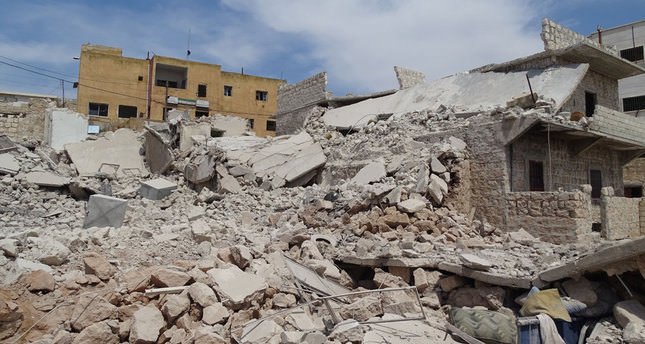 by AA
Jun 01, 2014 12:00 am
ISTANBUL — Over 3,000 people, at least ten children per day on average, were killed in May in air and ground operations across Syria carried out by President Bashar al-Assad's forces, according to opposition activists.

"The attacks by the regime forces in May 2014 left totally 3,204 people dead, including 795 civilians, 290 children and more than 170 women," the London-based watchdog Syrian Network for Human Rights said.

Noting that the 26 percent of the death toll are children, the statement said that the attacks targeted mainly civilians.
The report added that opposition forces had killed more than 690 regime forces during the clashes in May.

Meanwhile, Islamic State of Iraq and the Levant (ISIL) militants also killed at least 103 people in clashes with armed opposition groups in Syria, and 314 opposition activists were executed by the same group.

More than 100,000 people have been killed during the ongoing three-year conflict in Syria, which has also internally displaced more than 6.5 million people, according to the U.N. Over two million Syrians are now registered as refugees in neighboring Turkey, Lebanon, Jordan and Iraq.