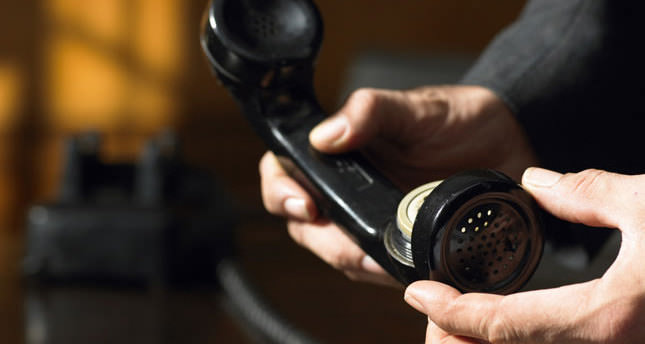 by Daily Sabah Jun 03, 2014 12:00 am
ISTANBUL — Recent findings on the Selam terror organization case initiated by Gülenist agents has revealed that the victims targeted were accused of fabricating offenses, evident by the description on the records stating "There is no evidence of data except for voice recordings."

According to assertions put forth by the police, officials affiliated with the Gülen Movement aimed to lay charges on individuals they have unlawfully wiretapped solely based on voice recordings. It has also been stated that numerous fabricated news stories have been used as evidence to file charges against 2,280 individuals in order to wiretap them under the scope of the investigation.

Amongst those wiretapped include Mustafa Destici, leader of the Great Union Party (BBP) immediately after Muhsin Yazıcıoğlu, the party's former leader died in a controversial helicopter accident, along with Hüsamettin Cindoruk and Namık Kemal Zeybek, former presidents of the Democrat Party, while Kemal Kılıçdaroğlu, the leader of the Republican People Party was not wiretapped. Şükran Kütükçü, his principle clerk was wiretapped by two separate court orders in 2008.

The former intelligence agent of Kocaeli Security Office, along with two police officers, was also the subject of unlawful wiretappings, according to Ercan Topaca, the governor of Kocaeli, who also claims to have been wiretapped.

Topaca noted that most of the wiretappings were conducted under someone else's name but the electronic serial numbers have revealed the true owners of the numbers. Topaca also expressed the case has not been concluded yet and the dismissal of police officers was a precautionary measure as part of the administrational investigation.

The Gülen Movement is also accused of unlawfully wiretapping 700 people during 2013 without a court order according to recent investigations conducted at Turkey's Telecommunications Authority (TİB). Here it has been discovered that prominent figures from the opposition parties, senior commanders, Supreme Court judges and inspectors investigating the bugging device which has been found in Recep Tayyip Erdoğan's house along with senior bureaucrats were wiretapped and it has been stated that the list will be submitted to the prosecutor's office in the upcoming days. Currently Fethullah Gülen, the movement's leader is residing in the U.S. in self-imposed exile and could be facing extradition charges in the case that he is convicted.
RELATED TOPICS