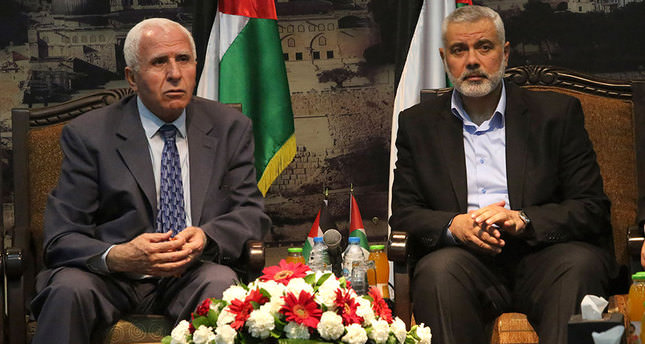 "The unity of the Palestinian people is essential for permanent peace in the region. Therefore, we call on the international community to support the new government in Palestine," said a statement by the Turkish Foreign Ministry.

Outgoing Gaza Prime Minister Ismail Haniyeh has welcomed the announcement of a new Palestinian government, pledging Monday to cooperate with the new government.

"Today we turn over the reins of government with the Palestinian resistance in good shape," Haniyeh said in a televised address from the Gaza Strip.