Future of reconciliation process to be discussed in Diyarbakır 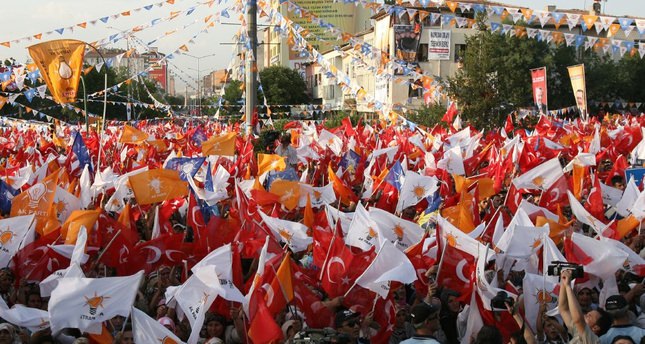 by Jun 04, 2014 12:00 am
ANKARA — The ruling AK Party will hold a workshop in the south-eastern city of Diyarbakır on Friday as part of the efforts to expedite the ongoing reconciliation process. Deputy Prime Minister Beşir Atalay, Interior Minister Efkan Ala, senior AK Party officials, academics and representatives from various civil society organizations will attend the workshop titled "The reconciliation process: Unlocking The New Turkey."

The Kurdish reconciliation process, which began in January 2013, has been an overall success but in recent days Deputy Prime Minister Beşir Atalay stated that the government has plans to take bold steps in order to speed up the process.

Increased efforts and the government's determination to revitalize the reconciliation process have received praise from imprisoned PKK leader Abdullah Öcalan. Vahap Coşkun, an associate professor at Dicle University in Diyarbakır, also one of the participants of the workshop remarked that discussions at the workshop will focus on two main issues. "The reconciliation process has been continuing largely successfully for one and half years," said Coşkun. "Firstly all the academics, politicians and other participants will elaborate on the current state of the process from their perspective. Secondly, we will organize brainstorming sessions to find out what needs to be done."
Coşkun also drew attention to the importance of the timing of the workshop. "This week both Deputy Prime Minister Beşir Atalay and Abdullah Öcalan emphasized that the reconciliation process has entered a new stage and political will is behind the process. It seems like the parties have an understanding to revitalize the reconciliation process. Therefore this workshop has special meaning at this crucial juncture."

Yunus Akbaba, a political analyst with the Ankara-based SETA Foundation, shared the same thoughts. "Firstly, recent developments and reciprocal declarations delivered by Beşir Atalay and Abdullah Öcalan invalidated the negative perceptions towards the Peace process. The majority of commentators have concluded that the government finds it sufficient to sustain the process of nonviolence in order to overcome the elections and has a sincere intention to solve the Kurdish issue."

The expert also underlined that there are two important features of recent developments. "Initially, the process used to be waged with bureaucratic means, namely the country's intelligence organization, MİT. Therefore, it was a relatively 'neutral' agent-oriented process. The government was supporting but not taking part in negotiations. What we understand from recent declarations is that political actors will take charge in the process along with the responsibilities. It unofficially symbolizes the transformation of the process from dialogue to negotiations," Akbaba added.

According to Akbaba, the Diyarbakır meeting that will held be on June 6 will be the starting point of a new era. More importantly, the expert estimates that the process will focus on the disarmament of the PKK. "As far as the PKK holds guns, the reformation process will be delayed and the process enters into a vicious circle. In other words, it is possible to read the recent developments as an effort to integrate the PKK into the system with legitimate means," Akbaba commented. Vahap Coşkun drew attention to an important point and stressed that social tensions have to be reduced to take further steps in the process. "It is essential to reduce social tensions for the success of the process. In order to do this, politics should fulfil demands of the different segments of society," he added.
RELATED TOPICS