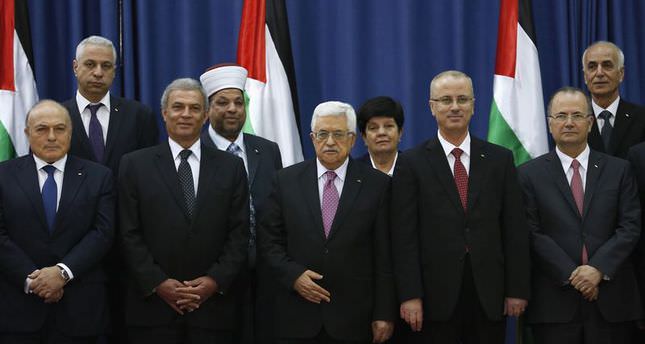 by AA Jun 05, 2014 12:00 am
ANKARA — Palestinian Authority President Mahmoud Abbas received a phone call from Turkish Prime Minister Recep Tayyip Erdoğan in which the latter congratulated him on the formation of a new Palestinian unity government.

A new Palestinian technocrat government was unveiled in Ramallah on Monday.

The move comes in line with a reconciliation agreement signed in April between Gaza-based faction Hamas and the West Bank-based Fatah movement.

The new government is expected to pave the way for Palestinian legislative elections later this year.

During the phone call, Erdoğan said that the Palestine Liberation Organization (PLO)'s commitment to peace talks with Israel would lead to greater international support, according to official Palestinian news agency Wafa.

He also praised plans to hold Palestinian legislative polls, going on to invite Abbas to visit Turkey at the earliest opportunity.