CHP split on picking a candidate 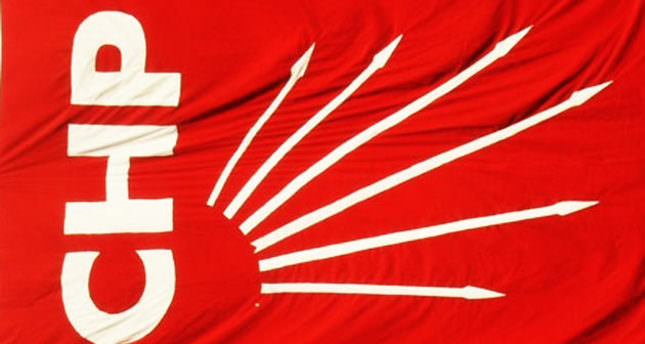 by Daily Sabah Jun 06, 2014 12:00 am
ISTANBUL — With less than three months left before Turkey's first presidential election by popular vote, opposition parties, including the Republican People's Party (CHP), are continuing their search for a candidate amid internal conflict and a clash of ideas. Former Istanbul Şişli district mayor and CHP Istanbul mayoral candidate Mustafa Sarıgül, who lost in the March 30 local elections, commented on CHP's search for candidates and efforts to agree on a joint candidate between the CHP and Nationalist Movement Party at a conference in London.

Noting that voters of different political parties have different expectations, Sarıgül said that candidates should express their own opinions, ideologies and pledges. Commenting on the March 30 local elections that he lost against current AK Party Istanbul mayor Kadir Topbaş, Sarıgül criticized the CHP, saying that party is not organized enough.

Amid concerns within the CHP administration regarding the joint candidate option, the party's candidate search has continued at full steam. CHP leader Kemal Kılıçdaroğlu is expected to hold talks with the pro-Kurdish People's Democratic Party (HDP) on Monday.

According to Turkish Daily Cumhuriyet, Kılıçdaroğlu will meet with MHP leader Devlet Bahçeli and certain extra-parliamentary parties next week. While the HDP is expected to nominate its own candidate for the first round of upcoming elections, it is alleged that HDP and other leftwing parties may agree on a joint candidate.

As part of the CHP's presidential candidate search, Kılıçdaroğlu met with business representatives and various associations, including the Association of Independent Industrialists and Businessmen (MÜSİAD) and the Turkish Confederation of Businessmen and Industrialists (TUSKON). As part of his consultation talks, Kılıçdaroğlu held talks with provincial presidents and CHP deputies, the Confederation of Turkish Tradesmen and Craftsmen (TESK), Turkish Agriculture Chambers Union (TZOB) and Turkish Bar Associations (TBB) over possible presidential candidates. He also has previously met with Bahçeli, who is in search of a joint candidate, to discuss that option and decide whether they can agree on an inclusive candidate before the nomination process ends.

Meanwhile, the internal conflict and clash of ideas that started with the March 30 local elections has been continuing among CHP members. The CHP Central Administration Board (MYK) decided to remove the Ankara provincial organization from its post." In addition to Ankara, a revision is also expected in CHP provincial organizations in Istanbul and İzmir. In May, Kılıçdaroğlu decided to restructure the CHP's Central Administration Board (MYK) and appointed Gürsel Tekin as vice president.
RELATED TOPICS