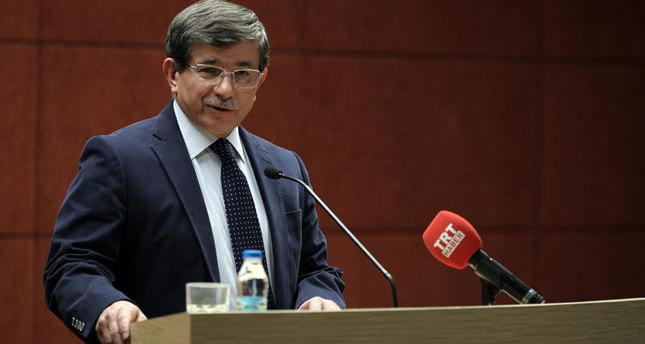 Claiming those attempting to create an atmosphere of unrest last year during the Gezi Park events and the Dec. 17 operation are also trying to create an atmosphere of turbulence in the presidential elections, Davutoğlu stated that the people, AK Party and Prime Minister Recep Tayyip Erdoğan did not and will not let such crisis evolve. "The sense of a crisis-filled period will not be created and the political system with all its existing functions will proceed as usual with the presidential elections and the 2015 general elections," Davutoğlu remarked, who added that there have been many attempts to create a crisis in Turkey and in the AK Party. "The AK Party's and Turkey's futures are so interconnected that they are trying to bring down the AK Party in order to create crisis in Turkey," said the minister, who touched upon the idea that there have been consistent attempts at discrediting Recep Tayyip Erdoğan through international campaigns and a defamation campaign in media to display him as a dictator.

Davutoğlu also touched upon the joint candidate issue suggested by opposition parties and stated the political tools will determine the president rather than speculations and negotiations in the capital. Claiming Turkish democracy was not in an elementary stage, Davutoğlu expressed it is not reasonable to look for alternatives to political leaders outside of democracy and that the AK Party has 12 years of successful governance and highlighted that it was crucial to preserve the party's backbone while strengthening and renewing political discourse. Touching upon "the three term rule" in the AK Party, Davutoğlu said despite the fact that some people are attempting to display this as an era of disengagement to create unrest such a development was not possible based on the three-term rule and the party's ethical codes and leaders in Turkey and the AK Party would not allow for such crisis to develop.
Last Update: Jun 08, 2014 11:04 pm
RELATED TOPICS