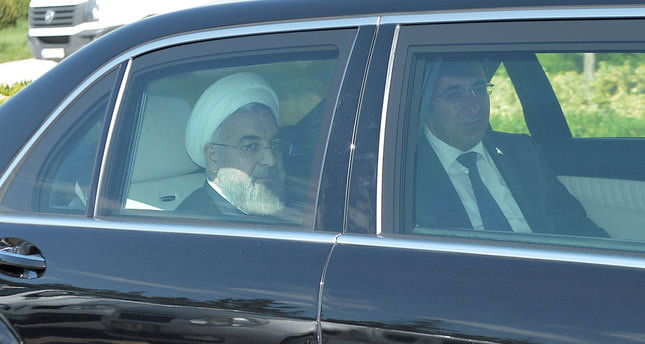 by AA Jun 09, 2014 12:00 am
TEHRAN — Iranian President Hassan Rouhani said that relations between Turkey and Iran are critical to the region, in a press conference at the airport in Tehran before his departure for Ankara.

Rouhani said his meetings with Turkish officials will focus on energy relations, particularly on oil, natural gas and electricity, noting that the two countries will also sign agreements regarding economic relations, politics, culture, transportation and security.

Rouhani stressed that Turkey is important regionally, adding he was glad that Iran and Turkey had enjoyed political and economic cooperation for many years.

Iranian President Rouhani arrived in Ankara on Monday for his first official visit to Turkey. He is accompanied by a number of Iranian cabinet ministers and high-ranking officials.

Turkey and Iran signed a joint political declaration establishing a High-Level Cooperation Council during Erdoğan's visit to Iran in January.