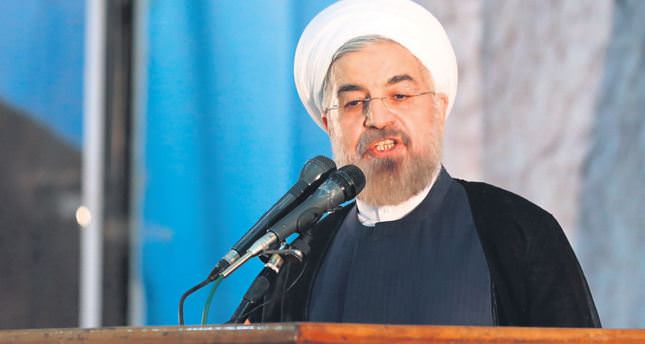 Rouhani's trip is the first official Iranian presidential visit to Turkey since former President Akbar Hashemi Rafsanjani came to Ankara in 1996. During the visit, the Iranian leader is expected to meet his Turkish counterpart, President Abdullah Gül, and Prime Minister Recep Tayyip Erdoğan.

Moreover, Rouhani and Erdoğan are scheduled to head a high-level cooperation council. Turkey and Iran signed a joint political declaration establishing a high-level cooperation council during Erdoğan's visit to Tehran in January. Despite it being an official visit, the Iranian president will not participate in a wreath-laying ceremony at Anıtkabır, the memorial tomb of Mustafa Kemal Atatürk. According to officials from the Office of the Turkish Presidency, it is a matter of reciprocity as Turkish officials do not visit the tomb of Imam Khomeini during their official visits to Iran.

In recent years, the two nations have upped cooperation in various fields including the economy, security, trade, education, energy and culture. The latest data shows that trade volume between Iran and Turkey surpassed $3 billion in the first three months of 2014. Moreover, during Erdoğan's visit the countries discussed deals to increase trade to $30 billion (TL 62.4 billion) by the end of 2015, more than double the 2013 figure, and signed three agreements and a separate declaration.

According to diplomatic sources, the two countries will sign six political, economic and cultural agreements today in Ankara. With these agreements, the two countries are planning to intensify cooperation in energy, transportation, tourism, industry and other sectors. Foreign policy experts remark that Rouhani speaks a language similar to the AK Party leadership in terms of "win-win policy," mutual interdependence, regional stability and economic prosperity.

Therefore, both sides expect tangible gains as a result of the visit. Apart from talks on bilateral ties and the broader Middle East, cooperation between the two states in international organizations such as the Organization of Islamic Cooperation and especially the D-8 will be discussed. Syria is going to be one of the most important topics raised, together with developments in Iraq. Notwithstanding the positive atmosphere of the visit, Turkey and Iran have different approaches on the Syrian conflict. In light of current political developments, the Turkish side doesn't expect major changes in Iran's Syria policy. Rouhani and Erdoğan discussed the matter in January but both countries have stuck to their positions on Syria. Iran's controversial nuclear program is also expected to feature high on the agenda.

In 2010, Turkey and Brazil undertook a diplomatic initiative to broker a nuclear fuel swap with Iran. U.S. President Barack Obama also welcomed Turkey's initiative that resulted in the Tehran Declaration, however, it was not implemented due to objections from France, Russia and the U.S.

After the election of Rouhani, Iran and the five permanent members of the U.N. Security Council plus Germany (P5+1) restarted negotiations over Iran's nuclear program. The next round of negotiations are scheduled to take place in Vienna from June 16 to 20.
According to diplomatic sources, Rouhani's election in 2013 was a clear protest vote against his predecessor's management of the country's relations with the Western world. Although Rouhani's support for broader social freedoms as well as his advocacy for women's rights rendered him a favorite candidate for change, undoubtedly economic insecurity caused by the imposition of sanctions by the West in reaction to Iran's nuclear program was a key factor in his victory. However, foreign policy experts remark that in recent times, Rouhani was involved in internal conflicts with conservatives.

Thus, Turkey's positive approach toward Iran during this period could also be assessed as a step to support and encourage
Rouhani's government.
RELATED TOPICS