Baghdad move on KRG oil may have unexpected results 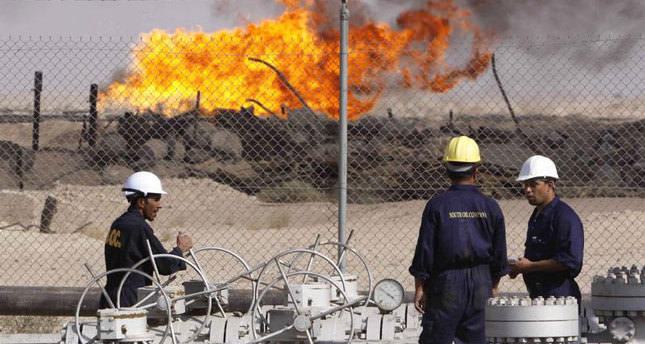 by Ali Ünal Jun 11, 2014 12:00 am
ANKARA — In recent weeks Iraq's central government announced that they filed a lawsuit against Turkey and the operator of an oil pipeline at the International Chamber of Commerce (ICC) in Paris for facilitating the sale of oil from the Kurdish Regional Government (KRG). The central government's oil ministry said in a statement that Turkey violated the Turkey-Iraq pipeline agreement by exporting crude oil from northern Iraq without the central government's consent. The Iraqi ministry also asked the ICC to order Turkey to cease all unauthorized transport, storage and loading of crude oil," and award compensation for financial damages of more than $250 million (TL 521 million).

However, last week, Turkish Energy Minister Yıldız struck back at Baghdad's objections, saying income from oil sales would be distributed among the Iraqis themselves. Yıldız said that Turkey has yet to choose council for the case, but will do so in the near future. "After tackling the complaint I do not think there will be any serious issues between Turkey and Iraq," he said.

Energy Ministry officials also remarked that the sale was made according to the provisions of the Iraqi constitution and they have carried on their relationship with Irbil and Baghdad in transparency. Moreover, Turkish officials claim that Baghdad has no legal basis for the lawsuit at the ICC. "Baghdad should face the commercial loss in order to file legal action at the ICC. But both Baghdad and Irbil receive their shares defined by the Iraqi constitution," a senior official from the Turkish Ministry of Energy remarked. Legal experts drew attention to the duration of the lawsuit, "The ICC says that it takes at least 18 months [and that an] amicable settlement is very common," said an international legal expert. Likewise, Turkey has made clear it favors a peaceful solution between Baghdad and Irbil, asserting it has no interest in interfering in the Iraqi governments' business.

A senior official from the Turkish Ministry of Energy stated that Baghdad's legal moves may lead to unexpected results. "Baghdad is acting reactively and it seems like they are taking steps without considering the long-term consequences. We are pretty sure that a decision by the ICC will be in our favor. This decision also will mean approval of the KRG's oil sale by international courts and it can be considered a gain for the KRG toward [being recognized] as an independent state. Baghdad is distancing the KRG from itself unwittingly."

The dispute over Kurdish oil exports escalated after a Greece-flagged crude oil tanker, the United Emblem, sailed away from Ceyhan loaded with more than 1 million barrels of KRG crude oil yesterday. After this move Baghdad threatened to take its case against Irbil to the U.N. Iraq's Oil Minister Abdul Kareem Luaibi said sales of Kurdish oil, facilitated by Turkey, are in breach of U.N. resolutions. "What happened in my view was the biggest mistake that has been made by the Kurds and the Turks and the Iraqi government will take severe measures," he told reporters in Vienna, ahead of an Organization of the Petroleum Exporting Countries (OPEC) meeting. The Kurdish side seems determined to continue exporting oil. KRG Foreign Relations Minister Falah Mustafa Bakir stated they were aware that Baghdad would try to stop them. "We know that Baghdad is trying to stop the sale, but we're determined to continue," he remarked. KRG Spokesman Safeen Dizayee said that the Iraqi central government owes them $6 billion for the six months it has not paid the Kurds out
of its share of the Iraqi budget.
RELATED TOPICS