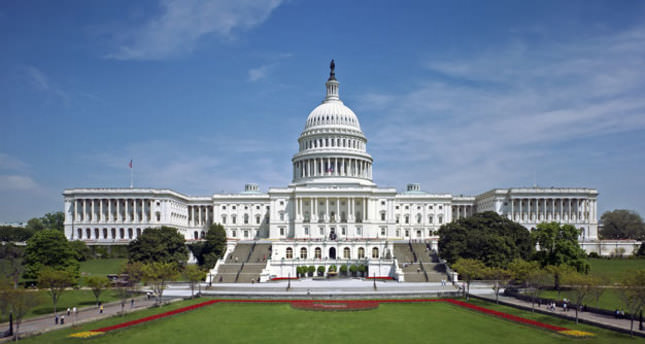 by Ragıp Soylu Jun 14, 2014 12:00 am
The U.S. House of Representative's Committee on foreign affairs will discuss a draft bill requiring the Secretary of State John Kerry to provide an annual report on confiscated Christian properties in Turkey, next week. The move comes in the midst of the abducted Turkish diplomats crisis in Mosul and the rapid escalation of violence in Iraq led by the militant jihadist group, Islamic State in Iraq and the Levant (ISIL). The current crisis necessitates a closer Turkish-American cooperation than ever before but, the ill-timed debate at the U.S. Congress presents a clear case of misplaced priorities by American lawmakers. The so-called "Turkey Christian Churches Accountability Act" is attempting to monitor the United States' efforts to survey and secure the unreturned Christian properties in Turkey and northern Cyprus which the act describes as "occupied by the Turkish military." The sponsor of the bill is senior member of the Republican Party Ed Royce, who is also the chairman of the committee.

Royce has recently become more critical of the Turkish government and he even penned a letter to the Economist magazine on Friday slamming Prime Minister Erdoğan for "causing American lawmakers to question the Turkish-American relationship." Democrat Congressman Eliot Engel is also pushing the bill forward by supporting the hearing and makeup process which will take place on June 18. Sources from the Turkish government told Daily Sabah that H.R. 347 is another initiative to distract the American government from the crucial issues that Turkey and the U.S. are working together on, such as the growing Syrian catastrophe and recent Iraqi crisis.

Officials tend to blame Armenian and Greek lobbies for seeking meaningless revenge for Turkey's historical reminisces as the reason for pressing this act. The Armenian National Committee of America has already begun to conduct a campaign aimed at its followers, calling them to urge their representatives to support the bill. "The main inconsistency with this act is Turkey is already returning confiscated Christian properties to their owners," said the source. With a law being passed in 2011, Turkey's General Directorate for Foundations is returning the properties belonging to Christian and Jewish minorities that were registered with the Turkish government in 1936.

Prime Minister Recep Tayyip Erdoğan announced last summer that Turkey gave over $2.5 billion (TL 4.25 billion) worth of property back to foundations belonging to Christian and Jewish minorities in two years. Officials also stressed the importance of ongoing delicate negotiations between Greek and Turkish parties in Cyprus and warned Congress that any new act on this issue can change the balance and force parties to quit. "We have been talking to congressmen for a while and most of them are not aware what this bill means for Turkey. Armenian and Greek lobbies are just pressuring these people by using their base and don't think of the major foreign implications for both countries. They won't stop until they get what they want," the source stated.
Last Update: Jun 14, 2014 1:06 am
RELATED TOPICS