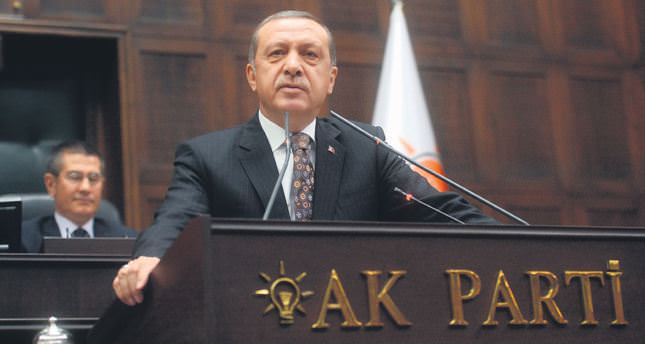 Speaking during his ruling Justice and Development Party's (AK Party) parliamentary group meeting on Tuesday, PM Erdoğan said "calling a region, where millions of people live, a 'quagmire' is racism. As if he [Kılıçdaroğlu] was born in Paris."

"You were born in Tunceli [eastern Turkey] and you hold the culture of that province; later, you call the Middle East a quagmire. This is denial of identity and also racism," prime minister said.
Commenting on CHP's stance over abduction of Turkish diplomats by the ISIS in Iraq's Mosul, Erdoğan accused the main opposition of politicizing the situation.

Erdoğan added that former foreign policy makers in Turkey marginalized Middle East and turned their back against it. He added that abducted Turkish citizens will safely return back to Turkey soon.

Furtermore, the PM stated that Iraqi security forces were responsible for the safety of Turkish consulate and it failed in securing the diplomats.