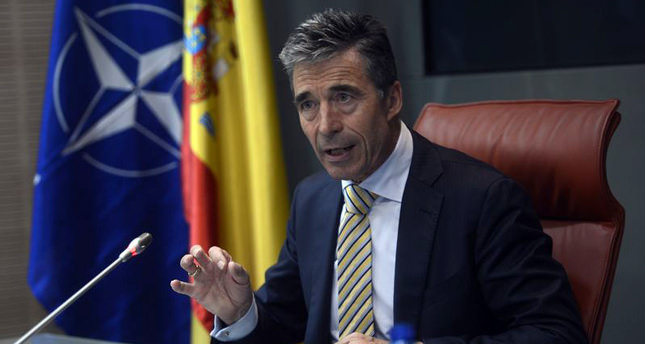 by Daily Sabah Jun 19, 2014 12:00 am
NATO Secretary-General Anders Fogh Rasmussen stated on Thursday afternoon that Turkey has not sought NATO help regarding events in Iraq and added, "We won't hesitate to do what it takes to provide effective defense and protection of our allies, including of course Turkey."

The self pro-calimed Islamic state of Iraq and Sham (ISIS) militants abducted 31 Turkish truck drivers and 49 Turkish Consulate staff including the consul general and family members last week in Mosul.

ISIS, which already controls parts of Syria, has extended its reach into Iraq since June 10, when it seized Iraq's second-largest city Mosul and soon afterwards took near-complete control of the northern city of Tikrit.