Turkey expects withdrawal from FATF's grey list in the next meeting 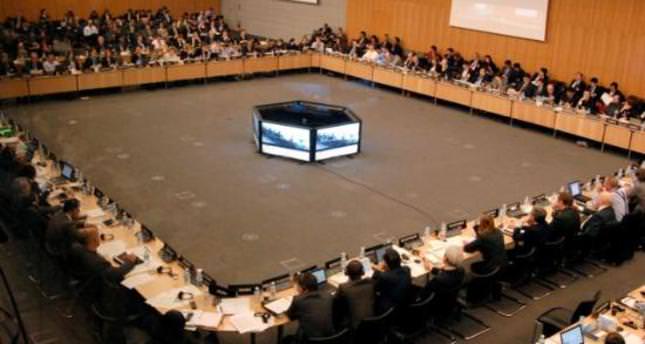 by Ali Ünal Jun 19, 2014 12:00 am
Turkish officials believe that Turkey has clearly demonstrated its commitment to comply with international standards as stipulated by the Financial Action Task Force (FATF) and expects it to be taken off of FATF's grey list during the organization's meeting next week in Paris.

The international standard setting body which fights against money laundering and financing of terrorism, is holding its regular plenary meeting next week in Paris. Although details of the meeting are expected to be announced on June 27, Turkish officials expect Turkey to be withdrawn from FATF's grey list, which includes Syria and Yemen.

In order to strengthen efforts to combat the financing of terrorism and address the deficiencies underlined by FATF, Turkey enacted Law No. 6415 on the Prevention of the Financing of Terrorism on terrorist financing issues in February 2013 and published the Regulation on the Procedures and Principles Regarding the Implementation of the Law No. 6415 in May 2013. Nevertheless, FATF still argues that Turkey has some deficiencies regarding freezing terrorist assets under international standards, including official FATF recommendations and U.N. Security Council resolutions.

Turkey is currently on the grey list, which is described as "jurisdictions with strategic AML/CFT [anti-money laundering/combating the financing of terrorism] deficiencies that have not made sufficient progress in addressing the deficiencies or have not committed to an action plan developed with the FATF to address the deficiencies." The other countries on the grey list are Algeria, Ecuador, Ethiopia, Indonesia, Myanmar, Pakistan, Syria and Yemen. According to FATF recommendations the worst countries, socalled blacklisted countries, are Iran and North Korea.

Moreover, officials from the Turkish Financial Crimes Investigation Board (MASAK) said that Turkey requested its withdrawal from the grey list in previous FATF meeting in Paris. Despite positive remarks from FATF officials, some of the member countries vetoed the request and Turkey's status remained unchanged.

According to the FATF public statement published following the previous plenary meeting in February 2014, Turkey has continued to take steps toward improving its CFT regime, as demonstrated by recent court decisions. The statement also says that FATF welcomes Turkey's progress in largely complying with FATF standards on criminalization of terrorist financing. However, the FATF also says that certain concerns remain regarding Turkey's framework for identifying and freezing terrorist assets under UNSCRs 1267 and 1373. The FATF is encouraging Turkey to address these remaining strategic deficiencies and continue the process of implementing its action plan.

Regarding this issue Turkey's Finance Minister Mehmet Şimsek stated in his exclusive interview to Daily Sabah that Turkey has closely collaborated and coordinated with the FATF Secretariat and interested FATF member delegations. "We believe that Turkey has clearly demonstrated its commitment to comply with international standards as stipulated by the FATF. As indicated in the FATF's follow up report, it is clear that terrorist financing has been adequately criminalized in Turkey." Minister Şimşek also added that Turkey remains committed to fulfilling its obligations under FATF and is ready to further its cooperation with the FATF Secretariat. "We deem cooperation with the FATF a very important component of our collective endeavors in combatting terrorism and terrorist financing."

Minister Şimşek also added that they find it hard to understand the justification for keeping Turkey on the grey list. The FATF is an inter-governmental body established in 1989 by ministers of its member jurisdictions. The objectives of the FATF are to set standards and promote effective implementation of legal, regulatory and operational measures for combating money laundering, terrorist financing and other related threats to the integrity of the international financial system. Turkey has been a member of the FATF since 1991.
Last Update: Jun 19, 2014 1:16 am
RELATED TOPICS