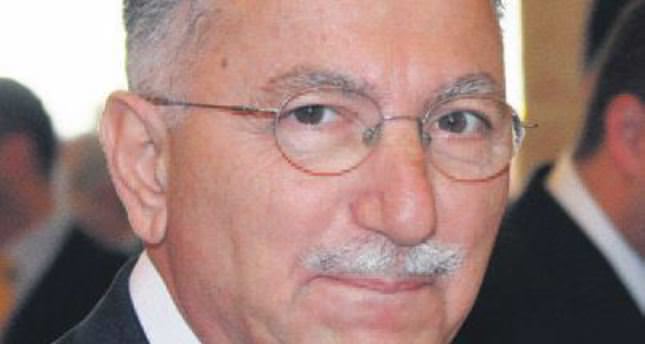 by Daily Sabah Jun 20, 2014 12:00 am
Criticism from Republican People's Party (CHP) members against the CHP and Nationalist Movement Party's (MHP) joint candidate, former Secretary-General of Organization of Islamic Cooperation (OIC) Ekmeleddin İhsanoğlu, continued to pour in following the announcement of the candidate's nomination on Monday.

CHP's Association of Republican Women members held a press conference in the western city of İzmir. Head of the association, Dr. Canan Arıtman stated that they cannot even pronounce İhsanoğlu's name correctly, referring to this name's relatively unknown etymological background, which is Arabic, not Turkish.

Expressing the association's expectation from CHP's presidential candidate, Arıtman said that they expected a secular, democratic candidate who supported the principles and reforms of the founder of the Turkish Republic, Kemal Atatürk. Arıtman added that they want a candidate who believes in the superiority of law and indivisible integrity of the country and nation. "He does not suit the candidate profile of the Republican Women whatsoever, that is why we [the association] declared that we will neither support İhsanoğlu nor vote for him."

Describing İhsanoğlu as a religious figure who adopted Sunni political Islam as a lifestyle, Arıtman said that it is unacceptable that İhsanoğlu will be a probable president of secular democratic Turkey.

Accusing the CHP and MHP, Arıtman alleged that this move of the opposition is only supporting the AK Party in the presidential election. Arıtman also demanded a withdrawal of İhsanoğlu's candidacy in the press release.

Certain CHP deputies who stand against İhsanoğlu's candidacy displayed their reactions by not participating in the party's group meeting and holding another meeting to discuss other alternatives. It is reported that deputies demanded a roadmap with four steps working against İhsanoğlu's candidacy in the meeting. According to the roadmap, CHP deputies may hold a meeting with Kılıçdaroğlu to demand a revision of his İhsanoğlu decision. They may release a harsh declaration against his candidacy or may call for an extraordinary meeting to agree on an alternative candidate.

Regarding the latter option, deputies can name another candidate by collecting signatures from CHP deputies. CHP deputy Emine Ülker Tarhan stood against İhsanoğlu's candidacy and harshly criticized the CHP administration's stance against İhsanoğlu. In her Twitter account, Tarhan said that this joint candidate choice is such a big mistake that she cannot even describe it by calling it a "mistake" only. It is also alleged that the CHP administration tried to convince certain deputies to approve İhsanoğlu's candidacy.

It is reported that the CHP has lost its Alevi support for the presidential election. The Alevi Bektashi Federation (ABF) released a statement on Wednesday in which it said İhsanoğlu, who comes from the conservative segment of the public, couldn't be the presidential nominee of the Alevi community.

The statement added that the federation would hold a meeting next Wednesday to announce the Alevis' expectations from a potential candidate.

CHP Vice President and Spokesman Haluk Koç stated that İhsanoğlu is not known enough across the country and as such it is normal to face certain disputes over his candidacy. Regarding the disturbance provoked among CHP voters and members because of İhsanoğlu's candidacy, Koç said, "There is no candidate that pleases everyone at the same time. We are talking about a country [Turkey] with all different colors."

Speaking ahead of his Austria visit, the Turkish prime minister yesterday held a press conference and responded journalists' questions. Regarding İhsanoğlu's presidential candidacy, Erdoğan said, "My nation will give the best answer" and added that the joint candidacy system has no base.
RELATED TOPICS