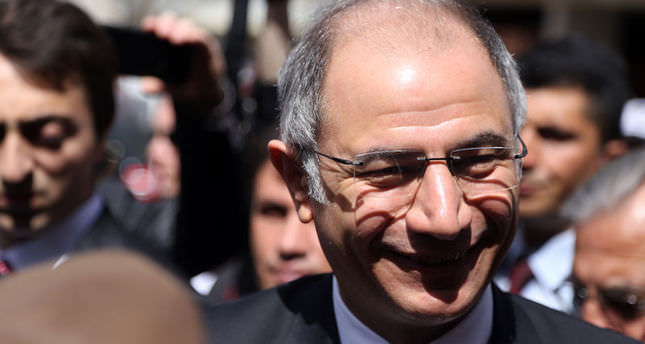 Interior Minister Efkan Ala was in the U.S. capital for a three-day official visit and delivered a speech at the Middle East Institute's Annual Conference, during which he highlighted the long list of reforms that the ruling AK Party passed during the last decade. Among these is a legal amendment which provides the right to make individual applications to the Constitutional Court, a move which led to the release of many people who were controversially imprisoned. He devoted a large portion of his speech to explaining his dream of an institutionalized democracy in Turkey. By openly referencing Karl Popper, one of the greatest philosophers of the 20th century and a vocal defender of liberal democracy based on an open society, Ala has drawn an intellectual profile that no one has ever seen from an interior minister in recent history. People close to Ala say his favorite book during his time as a student at Istanbul University's Faculty of Political Science was Popper's "The Open Society and Its Enemies."

"Our sole objective is to lead an open society established on advanced democracy and a liberal market economy, promoting individual initiative. We would like to see a flourishing civil society, institutions that guarantee freedom of speech and allow people openly criticize everything they want without being afraid of anything," he said.

Ala sees his government's national reconciliation plan with the pro-Kurdish militant PKK is aiming to reach a peace deal and end decades long armed struggle as a step taken to create this "open society" and liberate the country from its racial tensions and problems that have cost Turkey billions of dollars and over 30,000 deaths. Several years ago during his governorship in Diyarbakır, Ala was able to win the hearts and minds of Kurdish citizens due to his wise handling of high-intensity protests. Analysts suggest his success in Diyarbakir led to his rapid rise after three years to becoming undersecretary of the prime ministry, which is second most important bureaucratic position in all state institutions.

"The reconciliation process is trying to solve problems related to ethnic identities. If we succeed, it will increase domestic and international trust to our government. But some groups in Turkey did not like that idea," Ala said. The group that Ala is mentioning is very well-known nowadays, even in the U.S. because of their Charter School Empire. Their leader, Fethullah Gülen, a controversial imam residing in rural Pennsylvania, has opted to take a position against negotiations between the pro-Kurdish militants and the government. It is believed that Gülenists have a high number of followers currently working in the judiciary and police force.

Some even contend that this could pave the way for the country's top spy chief to be summoned on accusations of aiding a terrorist organization by conducting the negotiations.

Ties between Prime Minister Tayyip Erdoğan's government and the so-called Gülen movement have been strained since last year. Everything finally collapsed when Gülenist prosecutors targeted ministers and businessman close to the government under the mask of a corruption inquiry last December. Then the group has been engaged in an open war with the government. "As Popper said, if there is an idea of open society, there are its enemies. This closed circuit groups are working in secretive ways and they have no patience for freedom of expression, they have no respect for criticism. They don't want to see problems solved. Because they get their power from these problems," he stated.

Ala thinks Turkey has undergone a paradigm shift regarding freedom of religion. He argues that previous administrations were trying to keep religion out of society. "The definition of secularity was freedom from religion. We have turned it to freedom of religion. Last year a decades-long hijab ban was abolished, Quranic education became an elective course in schools, we removed obstacles that prevented the freedom of religion." Yet these steps did not make Gülen movement happier.

According to Ala, the Gülen Movement is not about religion. "I think if people would like to rule a country, they should set up a political party, campaign in the elections and then they can become the part of the political system or the government if they don't want to stay just in civil society. But Turkey is not a country ruled by coups, generals or small elites anymore," he concluded.
Last Update: Jun 20, 2014 4:11 am
RELATED TOPICS