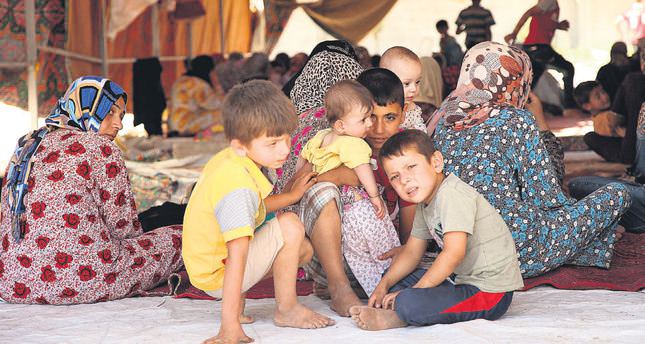 According to Foreign Ministry the Iraqi army left Sunnis areas to ISIS despite the far out numbering the militant forces. Turkey is worried about the Maliki government's capability of handling the situation

Ministry of Foreign Affairs sources have recently expressed controversial findings about the situation in Iraq when the Islamic State of Iraq and al-Sham (ISIS) invaded Mosul on June 11 with 2,000 militants despite the fact that there were 52,000 Iraqi forces in the city while four Turkish citizens were rescued with the assistance of Turkmen in Sinjar, Iraq.

As the chaotic situation worsens in Iraq, the central government is accused of implementing controversial practices which may potentially fuel sectarian conflict in the country as it is reported that the Maliki administration has withdrawn Iraqi troops from Mosul to place them in regions mostly populated with Shiite Iraqis.

Prime Minister Recep Tayyip Erdoğan criticized the handling of the situation by the Iraqi central government for abandoning Sunni populated areas like Mosul, creating sectarian civil war in the country, which Turkey does not approve. Foreign Affairs sources claimed the troops automatically abided by the central government's command to leave the area and go down to southern Iraq, an unexpected and unacceptable move in any country.

On the other hand, it was reported that Turkmen in Sinjar have rescued a total of 44 hostages, four of whom were Turkish workers abducted by ISIS militants while the wait for the release of 49 Turkish Consulate staff and 31 Turkish truck drivers in Iraq continues as the government is making necessary arrangements to ensure that the hostages safely return home. Feridun Sinirlioğlu, the Undersecretary of Ministry of Foreign Affairs paid a critical visit to northern Iraq on Thursday. The main agenda of his visit consisted of humanitarian aid sent to Turkmens who fled to northern Iraq following the crisis and it was expressed that the Disaster and Emergency Management Presidency (AFAD) sent aid for 20,000 people while the Turkish Red Crescent sent nutrition, health and sheltering supplies for 10,000 people in northern Iraq.

Meanwhile Deputy Prime Minister Bülent Arınç touched upon the recent developments in Iraq and highlighted the significance of rescuing 81 Turkish citizens who have been abducted by ISIS forces here. "There are positive developments in this regard" said Arınç, who stated the situation of the abducted Turkish citizens was stable as they were in good health but are still held captive by ISIS militants. "There are developments about the region, as statements were made by President Barack Obama and the EU. There are also precautions taken by Turkey and work is under progress by Turkey and governments in the region to ensure that a sectarian war in Iraq is avoided and that the territorial integrity of Iraq is preserved" Arınç said, stating that Turkey was closely and carefully following the developments. Moreover, Arınç remarked that Turkey is successfully able to determine and evaluate the goals of militant organizations like ISIS while noting that they did not discover anything directly targeting Turkey.
RELATED TOPICS