Turkey and the West cooperate to combat home-grown terrorists 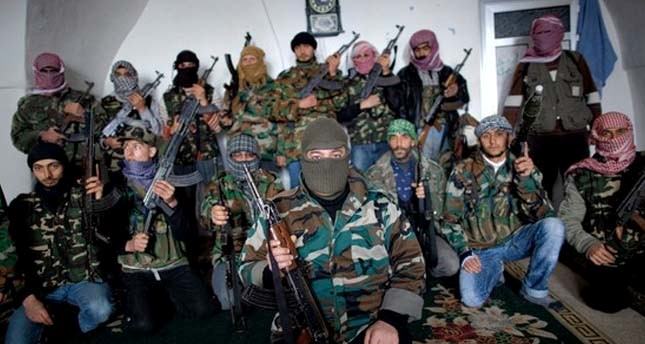 The recent activities of Islamic State of Iraq and al-Sham (ISIS) militants have become a wake-up call in Western capitals due to increased concern about home-grown terrorists who may pose a significant terrorism threat when they return to their countries. A report published by the Centre for the Study of Radicalization (ICSR) at Kings College London reveals the importance of the problem.

According to ICSR about 11,000 foreign fighters are in Syria from more than 70 countries. ICSR estimates that about 2,000 of those terrorists are from Western Europe, plus individuals from North America, Australia, Southeast Asia, and Africa. The ICSR also believes that thousands of them have already been killed there. Governments are deeply concerned that these terrorists may cause a significant threat when they return to their countries.

The BBC reported that tracking British terrorists fighting in Syria is now the top priority for the British intelligence agency MI5. According to the report an estimated 400-500 British fighters have been recruited by ISIS, which has a presence in Syria and is engaged in fierce fighting with Iraqi government forces. Similarly the Australian Security Intelligence Organization (ASIO) previously said it is investigating about 120 to 150 people who have either travelled to Syria to fight or support the extremist rebels from Australia, including some who have been to Syria and come back again. It seems that Western countries have increased cooperation with Turkey in the fight against terrorism due to the increased threat of home-grown terrorists.

Last weekend French President François Hollande requested from Turkish Prime Minister Recep Tayyip Erdoğan to tighten measures to prevent French youth from joining jihadist fighters, according to French sources. In addition it has been reported that the Netherlands intelligence service AIVD has given Turkey a list of around 100 names of potential terrorists planning to travel to Syria from The Netherlands. Moreover, the Financial Times reported that Western intelligence agencies have handed Turkish authorities the names of nearly 5,000 people they fear are attempting to travel to Syria to join al-Qaeda linked groups, but according to Turkish officials this figure was about 1500 at the end of 2013.

However, Western cooperation with Turkey in the fight against terrorism is not as good today as it was in the past. Western press has harshly criticized Turkey for not putting up an effective fight some have even accused Turkey for supporting radical groups such as ISIS and al-Nusra. Beside Turkish authorities' constant refutations the best answer against these claims was given by the NATO Secretary General Anders Fogh Rasmussen during his visit to Ankara last week.

Several Turkish media outlets reported, regarding the question of the Turkish government's alleged support for terrorism on its southern border, Rasmussen saying that Turkey has always been supportive of the fight against terrorism. "I know Turkey as a strong force against any kind of terrorism. Turkey has suffered severely from terrorism herself. Turkey has always been supportive when it comes to the fight against terrorism. I have no reason to believe that Turkey would in any way support terrorist groups or groups affiliated with terrorism," Rasmussen said.

Turkey is often used as a transit country for people travelling on to Syria. Combined with Syria and Iraq the country shares a 1208 km border and due to difficult geographical conditions it's quite hard to control all the entrances.

Moreover, Turkey was the 6th most visited tourist destination in the world in 2013 with 38 million visitors, and Turkish officials says that it is impossible for Turkey to identify potential extremists among millions of tourists. Moreover, Turkish officials constantly stated that Turkey has been facing a lack of cooperation from Western countries despite their accusations of Turkey turning a blind eye to foreign fighters using it as a transit country to fight in Syria. Last December during his visit to the U.S., Turkish Foreign Minister Ahmet Davutoğlu stated that Ankara had asked Western countries to share intelligence on suspected militants so that Turkish authorities could stop them from entering the country. "If intelligence cooperation starts before these people come in, then it will be more result- orientated, and this is what we want,"

Davutoğlu said. "We told them 'since you know these people, prevent them from leaving, not to come to Turkey or give us the list and we will prevent them to come into Turkey', " the Minister of Foreign Affairs added.

Nevertheless the figures reveal that Turkey has been continuing to fight against terrorism determinedly. According to reports as of the end of 2013 1,100 European citizens have been sent home after arriving in Turkey with the hope of joining al-Qaeda-linked groups operating in Syria. The reports also say that the National Intelligence Organization (MİT), Gendarmerie forces and police units had carried out 53 operations in 2013. Moreover, there are still around 1,500 European citizens who want to go to Syria and fight on the front lines alongside al-Qaeda. Turkey has been on alert regarding such suspects.
RELATED TOPICS