Turkey's stance against ISIS in 10 questions 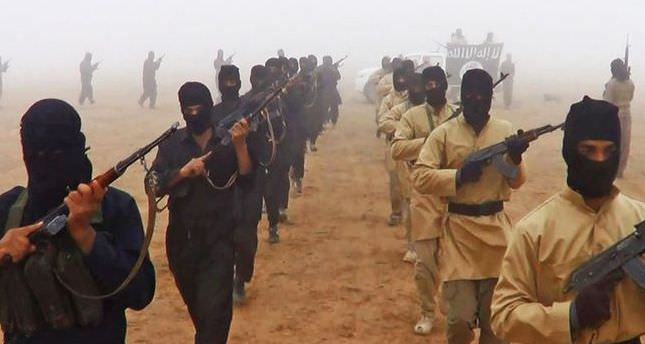 by Samet Doğan Jun 23, 2014 12:00 am
It is a known fact that the stir in Iraq was caused by Sunni tribes. However, ISIS came out to be the top topic on the agenda with its ferocious attack in Mosul.

This placed the opposition, which only tries to save their relatives from prisons and get rid of Maliki's oppression, to a secondary place.

Now everybody is asking what this organization is about and how they emerged. How they managed to find the strength to render Iraqi army ineffective is widely debated.

As a matter of fact, the Turkish media was caught off-guard regarding ISIS and the Iraq issue. Suddenly, numerous so-called experts appeared in the media explaining the ISIS "in 10 questions". Then a number of malicious writers of Turkish media intentionally claimed that Turkey is a supporter of ISIS, and tried to support their claims with unrealistic examples.

Is this possible when ISIS's stance and its view of Turkey are considered? Let's keep up with the latest trend and search for the answer within ten questions.

1 - Can Turkey have control over ISIS?

ISIS is not an organization that could be directly commanded and controlled. It believes in a rigid ideology, which does not have space for negotiation and definitely is not changeable.

ISIS intends to be permanent in post-Assad Syria, let alone any withdrawal plan. So, it conducts armed operations to capture the liberated areas of the opponents. And this situation has disturbed Turkey to a great extent from the very beginning.

3 - Does ISIS favor the end of the war in Syria?

Turkey favors the immediate end of the Syrian civil war, and wants peace to be restored in the area. However, as ISIS is an organization that exists with the presence of a battlefront, it favors the permanence of war and continuation of the chaotic atmosphere until it seizes control.

4 - How does ISIS view Turkey?

When looked at ISIS's acts till today it is evident that it will not remain limited to Syria and halt expanding after they capture Iraq. It poses a direct threat to neighboring countries, which are ruled with a secular and democratic system or a republican regime because ISIS sees them as primary enemies.

In addition, ISIS multiplied its grudge after the Turkish military hit its convoy with a howitzer at the national border. The organization recently announced that it would organize an attack to the Tomb of Süleyman Shah, a sovereign exclave of Turkey in Syria.

5 - What did ISIS blame Syrian opponents for?

ISIS blamed its Syrian opponents for cooperating with Turkey and the U.S. This was one of their main grounds for organizing an attack against the opponents. Therefore the claims suggesting the ISIS received aid from the Turkish government which favors the fall of Bashar al-Assad came out as a major contradiction.

6 - How does ISIS view the Turkish government?

Contrary to the reflections on media, ISIS does not see Erdoğan as a "religious fellow." Rather, it regards Erdoğan as the greatest obstacle before their ideology despite his ruling methods being acclaimed by eastern communities. ISIS presents a rigid model of Islamic state to the region, which rejects most of contemporary administrational principles; has prejudice towards arts, and even bans hookah in the light of its rigid Salafi ideology.

8 - How does ISIS regard the Turkish public?

It sees them as an enemy unless they "repent" and join the ISIS. Also, Al-Nusra front leader Mohammed al-Joulani, which opposes the ISIS in this regard said in an interview that they regard the people of the region as Muslims and they did not adopt ISIS's radical approach of declaring them as disbelievers. But for those who cannot see the distinction between Muslim, religious, Islamic, and Islamist, many thoughts and formations that are completely different from each other could be gathered under the same umbrella.

9 - Why does ISIS abduct Turkish citizens?

Another development that refuted the claims of ISIS-Turkey cooperation is that the ISIS has abducted a Turkish journalist in Syria and the Turkish diplomatic staff in Mosul. The claims also ignore the fact that the citizens of a country, which allegedly supports ISIS, are not allowed to leave Mosul.

So far we have asked nine questions and as the picture suggests, there is no need for a tenth question to refute the claims that Turkey is in cooperation with ISIS but our only problem is not about rationality. Perhaps the main problem lies under the fact that those claims are not only believed but also put in a certain context in Turkey's domestic politics.

Therefore, the efforts of some journalists to claim without any proof that there is cooperation between a rigid radical organization and a state which has considerable allies, show that they are away from the reality or intentionally try to distort the facts.

P.S: Turkey recognized ISIS as a terrorist organization on Sept. 30, 2013 but this information possibly does not mean anything for those who blindly believe in Turkey-ISIS cooperation.