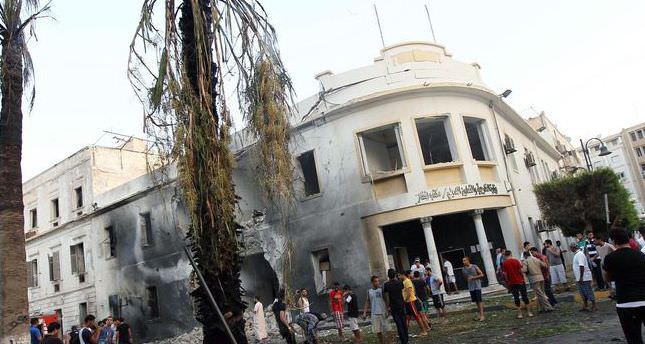 by AA Jun 24, 2014 12:00 am
Turkish nationals have begun leaving eastern Libya after they were threatened with arrest over spying claims, sources in the Turkish Foreign Ministry said Tuesday.

The Turkish government hired a Libyan Airlines aircraft to evacuate 140 Turkish nationals in Benghazi and the east of the country, according to sources. They are expected to arrive in Istanbul on Tuesday.

At the weekend, rogue former general Khalifa Haftar gave Turkish and Qatari nationals 48 hours to leave Libya, claiming some were engaged in espionage. He threatened any remaining Turks or Qataris with facing arrest by his forces.

On Monday, Libya's Foreign Ministry distanced itself from the threat and promised to protect foreign nationals.

Turkey closed its consulate in Benghazi, Libya's second city, in May and warned against travelling there due to the deteriorating security condition.