Israel: Kurdish independence is a conclusion 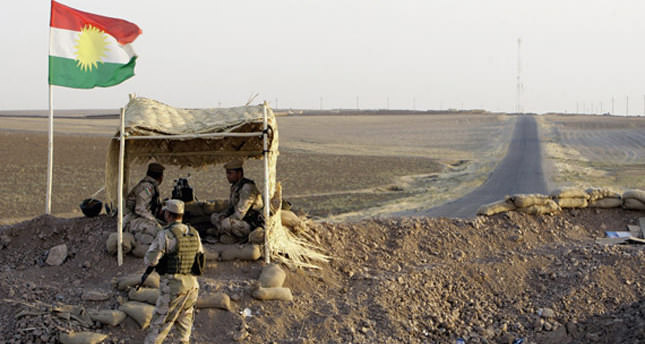 by Jun 27, 2014 12:00 am
Israel told the United States on Thursday Kurdish independence in northern Iraq was a "foregone conclusion" and Israeli experts predicted the Jewish state would be quick to recognize a Kurdish state, should it emerge.

Israel has maintained discreet military, intelligence and business ties with the Kurds since the 1960s, seeing in the minority ethnic group a buffer against shared Arab adversaries.

The Kurds have seized on recent sectarian chaos in Iraq to expand their autonomous northern territory to include Kirkuk, which sits on vast oil deposits that could make the independent state many dream of economically viable.

Kerry discussed the Iraqi crisis with Israeli Foreign Minister Avigdor Lieberman in Paris on Thursday. "Iraq is breaking up before our eyes and it would appear that the creation of an independent Kurdish state is a foregone conclusion," Lieberman's spokesman quoted him as telling Kerry.
A day earlier, Israeli President Shimon Peres had a similar message for U.S.

President Barack Obama, who hosted the dovish elder statesman at the White House. Briefing reporters, Peres said he had told Obama he did not see unifying Iraq as possible without "massive" foreign military intervention and that this underscored Kurdish separation from the Shi'ite Muslim majority and Sunni Arab minority. "The Kurds have, de facto, created their own state, which is democratic.

One of the signs of a democracy is the granting of equality to women," Peres said.He added that neighboring Turkey appeared to accept the Kurds' status as it was helping them pump out oil for sale.

There are some 30 million Kurds on a swathe of land running through eastern Turkey, northern Syria, northern Iraq and western Iran. They have hesitated to declare independence in Iraq, mindful of opposition from neighboring states with Kurdish populations.

Israel's Foreign Ministry said there was currently no formal diplomatic relations with the Kurds. Israeli officials declined to comment, however, on the more clandestine ties. "Our silence - in public, at least - is best. Anyun necessary utterance on our part can only harm them (Kurds),"senior Israeli defense official Amos Gilad said on Tuesday.

Asked on Israel's Army Radio whether Kurdish independence was desirable, Gilad noted the strength of the Israeli- Kurdish partnership in the past and said: "One can look at history and draw conclusions about the future."

Israeli intelligence veterans say that cooperation took the form of military training for Kurds in northern Iraq, in return for their help in smuggling out Jews as well as in spying on Saddam Hussein's regime in Baghdad and, more recently, on Iran.

Eliezer Tsafrir, a former Mossad station chief in Kurdish northern Iraq who is now retired from Israeli government service, said the secrecy around the ties had been maintained at the request of the Kurds. "We'd love it to be out in the open, to have an embassy there, to have normal relations. But we keep it clandestine because that's what they want," he told Reuters.

Ofra Bengio, an Iraq expert at Tel Aviv University and the author of two books on the Kurds, said last week's oil delivery and other commercial ties between Israel and Kurdistan were "obviously" part of wider statecraft. "I certainly think that the moment (Kurdish President Masoud) Barzani declares independence, these ties would be upgraded into open relations," she said. "It depends on the Kurds."

The Kurdish Regional Government in northern Iraq has denied selling oil to Israel, whether directly or indirectly. The Israeli government declined to comment on Friday's oil delivery.