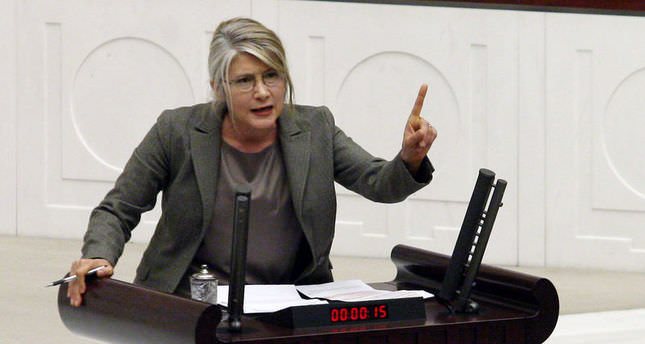 by Daily Sabah Jun 29, 2014 12:00 am
Deputies from the Republican People's Party (CHP) who oppose the nomination of Ekmeleddin İhsanoğlu as the party's joint candidate with the Nationalist Movement Party (MHP) for the upcoming presidential elections have started a petition to nominate a different candidate according to Turkish media outlets despite the fact that İhsanoğlu's candidacy will officially be announced on Sunday.

Accordingly, the faction is seeking signatures from twenty deputies to nominate Emine Ülker Tarhan, CHP's former Ankara deputy and Group Deputy Chairperson as the presidential candidate. The first signature came from Süheyl Batum, an Eskişehir deputy, followed by Dilek Akagün from Uşak and Ümit Özgümüş from Adana, as well as Birgül Ayman Güler from İzmir. Sources also claimed Nur Serter, Istanbul deputy will also sign the petition for Tarhan's candidacy while it was stated that a number of deputies who approved İhsanoğlu's candidacy may withdraw their support and sign the petition.

Those who initiated the petition are expected to meet on Monday to discuss and evaluate the issue.