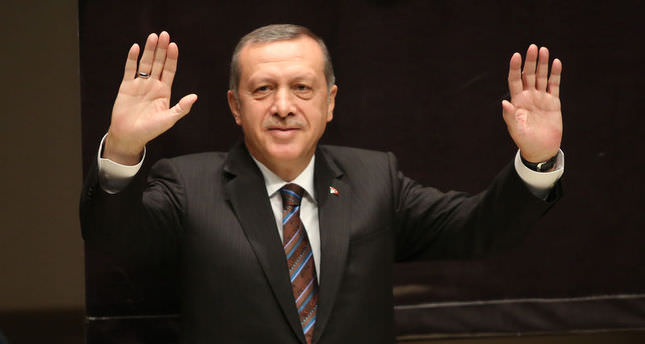 The ruling AK Party today will announce its candidate, predicted to be PM Erdoğan by most commentators, for the first direct presidential election

As the country gears up for the start of the campaign season ahead of the Aug. 10 presidential election, the ruling Justice and Development Party (AK Party) today will announce its candidate, widely expected to be Prime Minister Recep Tayyip Erdoğan.

For some time, key governmental figures, including Deputy Prime Minister Bülent Arınç and AK Party Deputy Chairman Mehmet Ali Şahin, have implied that AK Party members would like to see Erdoğan nominated for the post, which implied that the presidential candidate for the party is likely to be Erdoğan. It is reported that 4,000 specially invited guests are expected to participate in a ceremony to be held at party headquarters in Ankara to announce presidential candidate. The party announced that former deputies, ministers, deputy ministers, AK Party mayors, provincial chairmen and AK Party Central Decision and Administration Board members are scheduled to attend.

The ceremony is also expected to be held with the participation of 250 journalists. Even though he is one of the most criticized leaders in Turkey's history, Erdoğan is considered as the most influential Turkish leader after the founder of Turkish Republic Mustafa Kemal Atatürk by most.

Contrary to the decline, 2014 local elections witnessed a sharp rise in AK Party votes and the party garnered 45.6 percent of the votes.

The increasing success rate of AK Party with Erdoğan and the acceptance of certain AK Party voters that Erdoğan equals AK Party, arouses questions about whether the party without Erdoğan (if chosen president) will continue to keep this rate of achievement in the upcoming general elections to be held in 2015.
Last Update: Jun 30, 2014 11:08 pm
RELATED TOPICS