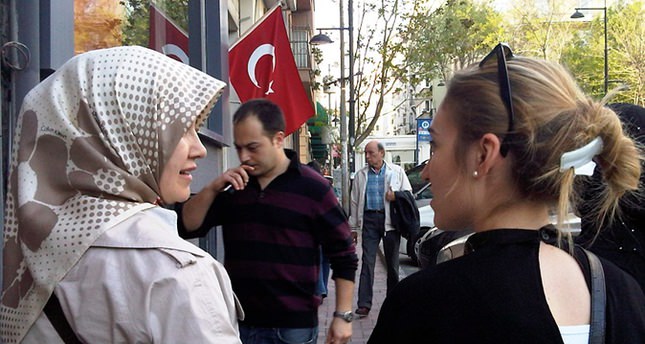 by Daily Sabah Jun 30, 2014 12:00 am
A group of women have submitted a petition to the Interior Ministry to found the Woman Party, the country's first women-only party, allowing it to participate in next year's parliamentary elections.

In response to an official request by the Woman Party Initiative, the Woman Party (KP) will now be officially established. After submitting a petition to Turkey's Interior Ministry on June 26, the party will be the country's first official woman's party, enabling it to take part in parliamentary elections to be held in 2015.

The party demands the construction of democratic political parties, transparency in election laws and a reduction of the electoral threshold to 3 percent.

The head of the Women Party Initiative, Benal Yazgan, stated that the initiative worked for one year, and it is time to introduce the party. Yazgan added that what they want is to take the initiative a step further and turn it into a political party.

Regarding the parliamentary election in 2015, Yazgan said that the initiative aims to support at least two independent women candidates in parliamentary elections. "We [KP] are not a feminist party, but an egalitarian party," said Yazgan, adding that women want to have a voice in the country's problems. Yazgan stated that women's viewpoint would enrich Turkish politics and turn its discourse into a humanitarian one.
Last Update: Jun 30, 2014 10:05 am
RELATED TOPICS